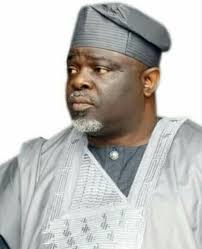 The Lagos State Government has vowed to leave no stone unturned in ridding the state of illegal buildings trusting the developmental plans of the state, saying plans had been concluded to begin monitoring the state with technology to prevent erecting of unapproved structures across the state.

It said the move was part of the ongoing digitization process of the state’s Ministry Physical Planning and Urban Development, and in line with the developmental plan of the state which was in accordance with the megacity plan.

The State’s Commissioner for Physical Planning and Urban Development, Dr. Idris Salako, said the digitization was part of the reforms being embarked on by the government to enhance the ease of doing business in the physical planning sector.

The Commissioner, who disclosed this during the 2020  Ministerial Press Briefing, marking the first year of Babajide Olusola Sanwo-Olu as Governor of Lagos State at the JJT Park in Alausa on Thursday, maintained that the reforms were geared towards instilling public confidence among residents of the state in the sector.

Others, he said, are the devolution of Planning Permit Approval Powers and the creation of more district offices to fast track approval process and enhance the ease of doing business in Lagos State and; the ongoing digitization of the process of the Ministry and Agencies which the Ministry is embarking upon to adopt electronic technology in order to enhance its performance.

“The Ministry has received and is currently considering proposals for the application of change detection technology, Geo Satellite Images and data for monitoring and tracking changes in developmental activities with a view to detecting and discouraging illegal development,” the statement read.

Salako said that the reforms, which were intended to assist the successful conduct of activities of the Ministry and its Agencies and ultimately enhance the sustainability of the environment, were already assisting in the delivery of the mandate of the Ministry, especially the issuance of planning permits, carrying out regulatory and other activities.

Giving the breakdown of the Ministry’s activities in the last year, Salako said a total of 14,505 enforcement notices were served on distressed structures and illegal and non-conforming structures through the combined efforts of the Ministry and its Agencies.

“Within the period under review, we issued 13 (nos.) certificates of completeness and fitness for habitation and unsealed 629 properties due to enforcement and compliance,” the statement said.

He said that in the bid to guarantee the stability and integrity of structures and prevent building collapse in the State, the Ministry through the Materials Testing Laboratory carried out 54(nos.) Geo-technic tests, 41(nos.) water tests, 2,302 concrete tests, 1,391 steel test, 25 stanchions test, and 75% points of the pile.