Movement for Lagos, other states workers residing in Ogun… 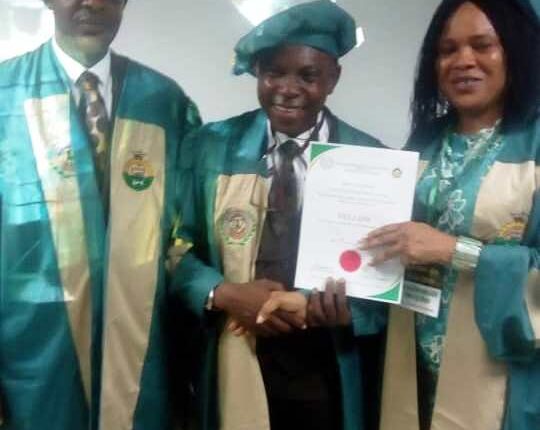 The Lagos State Government has recommended that owners of property should subject their buildings and structures to periodic structural tests to avert cases of collapsed buildings in the state.

It added that the aim behind the development was to protect the lives and property of Lagosians and to ensure that the state record zero cases of collapsed buildings.

Announcing the state plan, General Manager, Lagos State Building Control Agency (LASBCA), Abiola Kosegbe, equated building, and human being, just as she stated that as humans need to embark on periodic medical checkup so was building to ascertain their habitable status.

Kosegbe, who disclosed these yesterday after been conferred as a fellow of Nigerian Institute of Environmental Engineers fellowship, a division of Nigerian Society of Engineers, noted that periodic test, even when the building is under construction, would prevent from caving in on occupants.

She said: “Property owners in Lagos should ensure that they subject their buildings to regular structural assessments. Your house is just like a human being that needed to go for a medical checkup to ascertain his status; that is how houses are too. The test will help to ascertain if they are habitable. This we believe will prevent cases of collapsed buildings in the state.

“When buildings are checked often, the owner can know when it is distressed and prevent it from collapsing on residents or remove it. And it is better to pull down the building, using professionals, than to allow it collapse because the negative effect on the community is often greater”.

On the part of the government, the LASBCA boss disclosed that enforcement and sensitization of Lagosians on the need to build right has been intensified to prevent cases of collapse building across the state.

“As part of the sensitization, we have introduced the green Check initiative that allows residents of Lagos to recognise property that were built in accordance with regulations. We issue that to property that has met all required standards or regulation. This we believe that rather than seeing only the red-mark on the building, The ones that have the green stickers were those that have passed the required tests”.

On the fellowship, National Chairman of Institution, Olalekan Ajani, stated that Kosegbe and others were considered for the award in recognition of their contributions to protection of the environment.

Ajani added that the LASBCA boss contribution to environment protection at her new office further indicated her zeal to ensure the environment remain friendly to all.

Before her appointment by the State Governor, Babajide Sanwo-Olu, she was instrumental in the development of Lagos Waste Management Authority (LAWMA), law 2007 which was a prerequisite for Lagos Metropolitan Development and Governance Project (LMDGP) and transformation of the state waste management.

While at LAWMA, she supervised design and Construction of 1st Transfer Loading Station (TLS) in sub-Saharan region 2010 and subsequently two more in Simpson, Oshodi, and Agege axis of the state.

Aside from supervising the upgrade of Landfill sites, the engineer was instrumental in the design and construction of waste management facilities including recycling banks, Communal Waste Depots (CWD), road camp for street sweepers, and others.

After her appointment as LASBCA boss, Kosegbe introduced Building Control Pack, comprising the LASBCA Green Check Sticker and Site logbook that has further sensitized the public on importance of preventing collapse building in the state.

Within a short time spent in office, she has pioneered the use of drones for monitoring buildings and data capture as against previous strategy that had aided collapsed building in Lagos.