Research on dogs might shed light on human responses to… 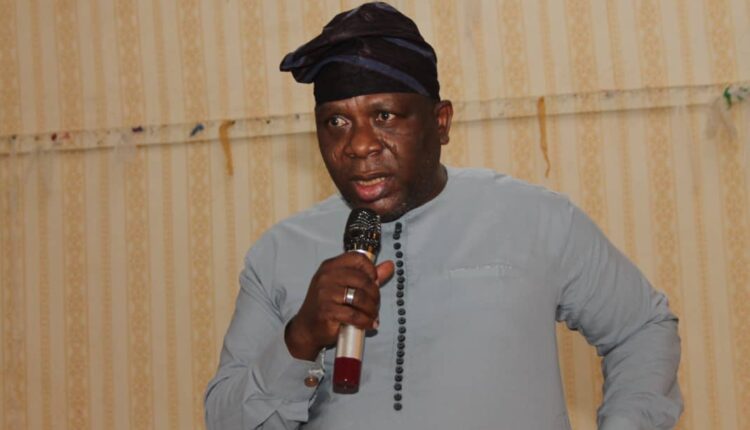 The Lagos State Government has clarified that the choice of Jordan as destination for 2021 intending Christian pilgrims across Lagos State was optional and not binding to any of the pilgrims who have paid for the religious ritual to Israel.

It clarified that contrary to rumours from some quarters that Jordan was binding on all pilgrims, the government maintained that the pilgrimage by intending pilgrims to Jordan was optional and not mandatory.

The State’s Commissioner for Home Affairs, Anofiu Elegushi, made this clarification during the stakeholders’ sensitisation forum organised for the intending Christian Pilgrims at the Chapel of Christ the Light, Alausa, Ikeja.

He said that after due deliberations and consultations with the Nigerian Christian Pilgrims Commission (NCPC), the national coordinator of the Christians Pilgrimage in Nigeria, an agreement was reached to take intending Pilgrims to Jordan instead of Jerusalem due to Israel’s border closure noting, however, that the pilgrimage to Jordan was optional for intending pilgrims.

According to him, the decision to provide an alternative to Jerusalem was based on the decision of Israel to keep its borders closed.

He added that any intending pilgrim who had paid and was not pleased with the arrangement may request for refund or wait until when the border of Israel was open for pilgrimage.

The commissioner maintained that the State Government’s offer of a pilgrimage option to Jordan was voluntary, pointing out that the primary concern of the state government was the safety of pilgrims.

The Director of Operations (NCPC), Rev. Amos Yohanna, whilst giving his presentation at the gathering said that in accordance with the Federal Government’s COVID-19 protocols, it was mandatory for anyone travelling out of the country to undertake a test and be certified negative.

He, however, said that to make the exercise less cumbersome for intending Pilgrims, NCPC was making arrangements with some renowned and trusted laboratories to undertake the COVID tests for all intending Pilgrims at a reasonable cost.

Rev. Yohanna informed the intending pilgrims that the only alternative Pilgrimage available in the country presently was the pilgrimage to the Kingdom of Jordan while the flag off date for airlifting pilgrims from Jos, Plateau State was scheduled for May 29, 2021.

Earlier, one of the members of the Board, Babatunde Temionu, said that the meeting was called to deliberate and dialogue with the intending pilgrims on the way forward for the 2021 pilgrimage exercise.

Stating that the shift to Jordan was inevitable, he said that the decision to travel to Jordan or wait until Israel opens its borders was at the discretion of each intending pilgrim.

How gunmen killed Policeman, injure other during station attacks in Ebonyi