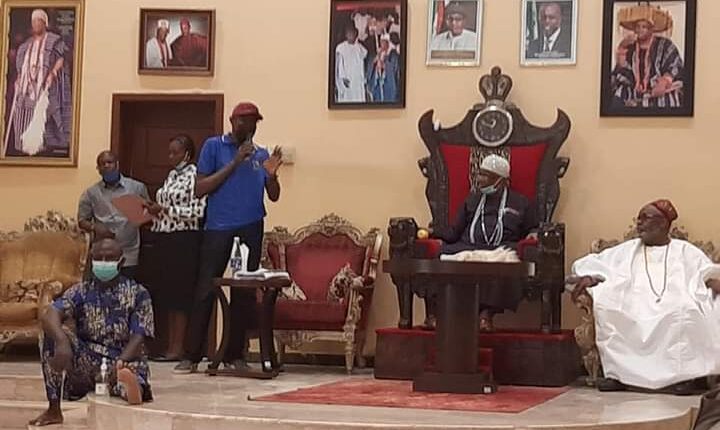 The Lagos State Government has unveiled plans to address the gridlock affecting human and vehicular movement particularly in Ikorodu Local Government listing the removal of Ikorodu roundabout as a critical solution to traffic solution.

It said that the decision to embark on the plan was taken after considering the population explosion presently been experienced within Ikorodu and that there was a need to fast track infrastructural development particularly transportation that would be commensurate with the growth rate of the area.

The Commissioner for Transportation, Dr. Frederic Oladeinde, who announced the government plan during a Stakeholders’ engagement with the Ayangburen of Ikorodu, Oba Kabiru Shotobi, Chiefs, prominent personalities, and community leaders in Ikorodu, held at the Ayangburen’s Palace, stated that the plan would checkmate the activities of the roadside traders, and other impediments to traffic flow.

Oladeinde reiterated that transportation is the engine room of the economy, noting that once the transport issue is adequately addressed, the ripple effects on other critical sectors of the economy would be positive.

“We have come today to discuss with you how we can maximise the space presently occupied by the Ikorodu Roundabout despite the challenges posed by the activities of public transport and roadside traders. Among other things, we want to remove the Ikorodu Roundabout and create laybys. This is just a step forward into getting a permanent solution to the gridlock in this area”, the Commissioner stated.

He also disclosed that the Ikorodu Roundabout reconfiguration is just one of the stop-gap measures to solve the gridlock in the short term, stressing that the State government is doing a lot to improve water transportation in the State, with Ikorodu well-positioned to benefit immensely.

The commissioner, meanwhile, assured residents that the government has not abandoned the Orange line rail project, saying, it is in the pipeline as part of the long-term transportation plan expected to take off from Ikeja to Agbowa.

The Commissioner promised to integrate all the contributions made by the Oba and others into the current proposal on the reconfiguration of the Ikorodu roundabout and subsequently the multimodal transport plan of the State.

Earlier, Shotobi disclosed that the expectations of the residents of Ikorodu over the long term plan are – the construction of Fly-Overs at Ikorodu Roundabout, Ogolonto, and Agric Bus Stop by the State government – but he acknowledged that embarking on these projects will be capital intensive, hence the need to support the proposed roundabout intervention.

“I want us to support and rally-round the Commissioner for Transportation and his team on this noble project. We should not criticise him and his team so much that he will be demoralised. Let us accept this as we expect bigger projects in Ikorodu from the State Government”.

In his contribution, the Chairman, Ikorodu Central Local Government, Wasiu Adeshina reiterated the need for enforcement, especially on traders who display their wares beyond the drainages at the garage, noting that the encroachment of roadside traders into the main road is a major contributor to the traffic gridlock being presently experienced.