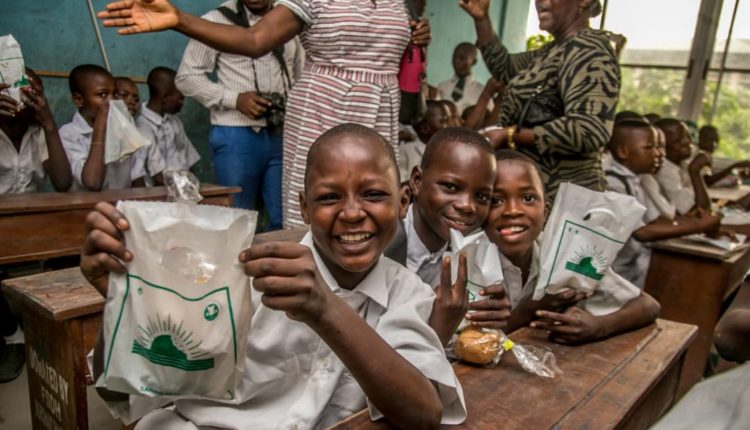 The Lagos State Government has disclosed that no fewer than 11,811 pupils of 33 public primary schools from Lagos Island were fed each, with a meal pack during first day of pilot phase of its introduced school feeding initiative which commenced on Monday in the state. 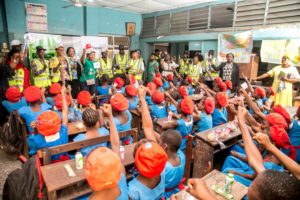 It said that the feeding program tagged, “Snack for Thought” is still in pilot phase and that it is expected to run for five days with continuous feeding of the stated figure of pupils from the 33 selected primary schools, daily.

As gathered, the government’s aim is to use the designed educational support initiative to empower and promote primary school education and address issues of absenteeism and other identified factors contributing to problem affecting the nation’s educational system.

It was gathered that decisions on the school feeding program pilot scheme were reached by the state government, through its Office of Civic Engagements, after considering need for Lagos State government intervention on public school welfare and that the agenda of Lagos state is to run a concurrent program alongside Federal Government school feeding program designed to cater for pupils between primaries one and three. 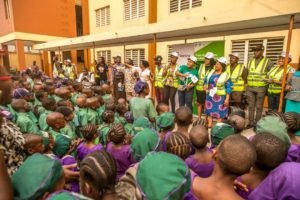 The Special Adviser, Lagos State Office of Civic Engagements, Aderemi Adebowale, confirmed that no fewer than 11,811 pupils from 33 public primary schools were fed through the school feeding program pilot scheme being introduced by the state government and that the program was part of Lagos State Governor, Babajide Sanwo-Olu, resolve to promote primary education which is the foundational rock for breeding a new and better generation.

Speaking during flag-off of the pilot of the feeding program tagged “Snack for Thoughts” at Christ Church Cathedral Primary School on Monday, in Lagos, Adebowale explained that the feeding pilot phase had commenced and that it would run for five days, and that 11,811 pupils across the 33 primary schools were expected to be fed on a daily basis for the period stated.

She disclosed that the Lagos state government had prepared meal packs containing nutritional snacks and drinks for pupils and that a pack of the meal is expected to sustain a child for period of his or her class session. 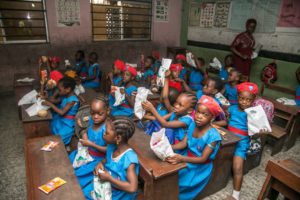 The special adviser hinted that the feeding program was being carried out as an experiment to ascertain both cost effects and value return on the pupil, and that the aim was to have conclusive plans such that could run side by side with federal government feeding plan for pupils in primaries one to three.

“Sanwo-Olu has good plans for Lagosians particularly school children and part of his plan is the pilot phase of this school feeding program. Apart from the cost implication of the feeding, the governor want know the good effect the food program will on have the children and that is the reason for the pilot scheme.

“Our governor know impact of good welfare on pupils and since Federal Government has plan to cater for primary one class to three classes of public schools across the nation, including Lagos, through its feeding program, Sanwo-Olu also felt there is need for the Lagos state government to also cater for the children of other classes including those in nursery,”

“The initial plan of our governor is to provide a daily meal pack for pupils such that can sustain and give them require energy during class period as against cases of children with empty stomach.” 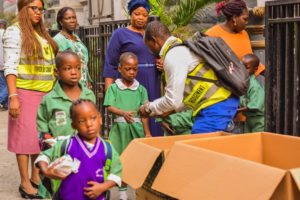