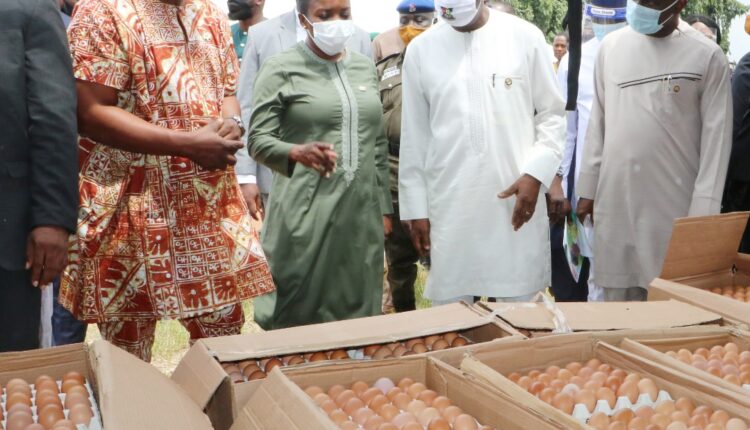 Before wrap of 2020, people into fishing business in Lagos may start receiving boost from the Lagos State Government end with N10 billion investment which the state government announced that it has earmarked to support fishing business through creation of world-class aquaculture centre, a development which was said to have been approved by the state Governor, Babajide Sanwo-Olu.

As stated, the center which would be sited in Igbonla, Epe area of the state, and under a Public-Private Partnership arrangement was designed to boost growth and development of aquaculture industry in the state through the direct production of 2,000 tonnes of fish annually.

It was gathered that the project which would be sited on 35-Hectares, also aims at providing inputs for fish farmers under the Lagos Nucleus Farms (LANS) Scheme and serve as an off-taker for fish farm clusters in the state.

The state Governor, Babajide Sanwo-Olu, noted that his administration’s commitment to increase production and reach 100 percent increase in food self-sufficiency by 2023 necessitated creation of the center and that the recent coronavirus reality called for introspection and full preparation ahead future pandemic.

Sanwo-Olu, who was represented by the Deputy Governor, Dr. Kadri Obafemi Hamzat, spoke during the distribution of Agricultural Inputs and Productive Assets under the 2020 Agricultural Value Chains Empowerment Programme at the Police College, Ikeja, on Tuesday, and disclosed that the project is named Lagos Aquaculture Centre (LACE).

“Currently, our level of food self-sufficiency in Lagos state stands at about 20% leaving a deficit of about 80%, which is mostly accounted for by supplies from other states. Our goal is to achieve 100% increase in food self-sufficiency by 2023. We are committed to meeting this target with you our key partner and through the implementation of programmes, policies and projects which are aimed at maximizing our comparative and competitive advantage in agricultural space.”

He expressed happiness with the progress the state is making in the implementation of the various projects and initiatives towards achieving food self-sufficiency in the state, adding that the annual agricultural value chain empowerment program was one of the strategies designed to boost food production and supply through the provision of agricultural inputs and productive assets to farmers and other players in the value chain.

“The experience of the past few months during the lockdown occasioned by COVID-19 pandemic has further reinforced the urgent need to expand the state’s food production base to meet such spontaneous increase in demand for food in the future.

“In line with this realization and to ensure sustained food production and supply in the state, we are establishing the Lagos Food Production Centres in Badagry and Epe. The two centres will ensure the resuscitation, expansion, stocking of agricultural production facilities in various value chains, and developed Agro-Tourism Centres in Lagos State Songhai project in Badagry and the Agricultural Training Institute, Araga, Epe,” the Governor said.

On her part, the acting Commissioner for Agriculture, Ms Bisola Olusanya, stated that the overall aim of the programme is to provide the necessary agricultural inputs and productive assets to farmers as a means of achieving improved food production and supply as well as delivering optimum economic benefits to farmers and other operators.

She added that the programme is also a means of channelling the needed support to smallholder farmers who are actively engaged in the various agriculture value chains thereby creating further wealth and job opportunities.

“Since the inception of the programme in 2014, a total of 11,233 farmers, fishermen, butchers, processors and marketers have been empowered and 2,743 beneficiaries will be empowered this year with various agricultural inputs and productive assets in addition to the existing 2896 farmers that have already been empowered through the distribution of Maize and Sorghums as palliatives for their live stocks and farming activities,” she said.