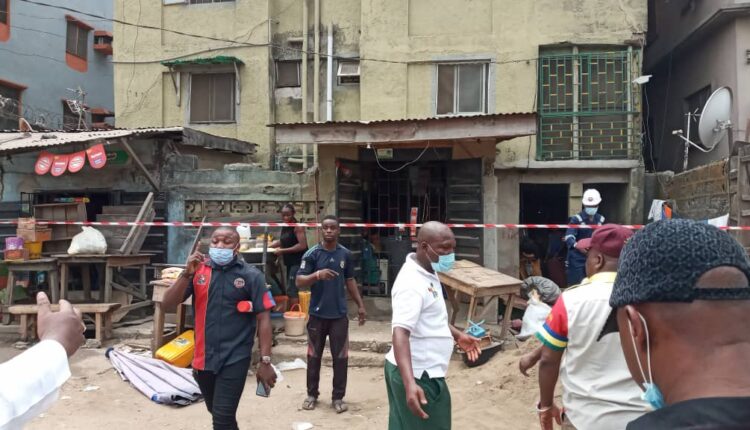 In a bid to prevent an event of 2years ago from recurring in Lagos, the State Government has dispersed pupils of a private school and other occupants of an obviously distressed two-storey building and pulled down the structure on N0 33, Oko Baba Street in Ebutte-Metta axis, Lagos Mainland Local Government.

As gathered, the score of pupils and other occupants were dispersed by the state government through Lagos State Building Control Agency, (LASBCA) from the distressed building that was discovered could cave in were below 5 years.

It was further learnt that the owner of the building had been directed by the government to act in accordance with the law by subjecting the distressed building to a Structural Stability Test after contesting the status of the building and present outcome of the test as evidence.

The General Manager of LASBCA, Gbolahan Oki, disclosed that the developer had already been served necessary statutory notices and was told to present the results of the structural stability test that would show the stability of the building as well as other needed processes that must be put in place before the rainy season.

Oki stated that that the inability of the developer to comply with the law after series of engagements between both parties necessitated pulling down the distressed building to save the lives of the inhabitant as well as the school children within the building.

The LASBCA boss, who describing the building as a disaster in waiting, led the officials of the agency in the company of security officers yesterday to the scene, following the directive of the state government that the agency should avert disaster across the state. 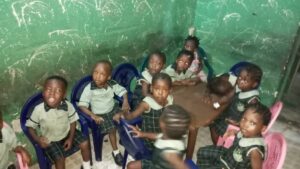 According to him, the demolition of the building was a proactive move by the Agency to avert avoidable loss of lives, saying that “a stitch in time saves nine.”

“The developer was told to make appropriate renovations but failed to effect these repairs. Information reached us that the building was not stable, so the Agency had to come in and insisted that the needful be done.

” The Agency was there to do the needful, on getting there, there was an appalling sight of a part of the building that housed little school children, who were immediately dispersed and sent home in order to save the school children from falling culprits of building collapse, ” Oki added.

The General Manager, in a statement by Ass, Director, Public Affairs for the agency, Gbadeyan Abdulraheem, reiterated the Government’s position on the safety of lives and security of all Lagosians, which according to him, informed the demolition of the distressed building.

Oki disclosed that some other buildings had already been marked for demolition within that area, stressing that several parts of the State would be touched by the agency before the rainy season as part of strategies to reduce incidences of building collapse during the period.

It would be recalled that two years ago, a building housing a school in Lagos-Island caved in with some of the school pupils trapped under the rubbles. 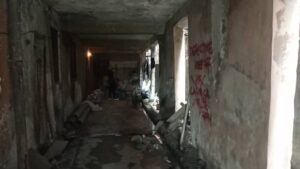