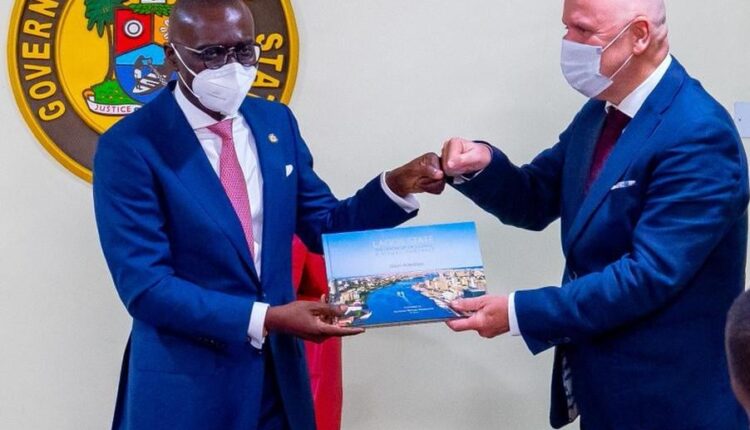 The Lagos State Governor, Babajide Sanwo-Olu, has disclosed that the state government would roll out its coronavirus vaccine at the weekend and that the vaccination programme would commence immediately across Lagos.

He explained that the state had a clear-cut strategy for the vaccine distribution and that a steering committee set up for the vaccine administration was in its final stage of preparation for the deployment of the vaccine.

Sanwo-Olu said that he was optimistic that the vaccine rollout would be successfully implemented, adding that the state’s Primary Healthcare Board would lead the effort in achieving herd immunity.

The governor spoke when he received the country representative of the World Health Organization (W.H.O), Dr. Walter Mulombo, in a courtesy visit at the State House, Alausa, on Wednesday.

According to him, a steering committee for the vaccine administration has designed a robust vaccine implementation strategy and they have identified various segments of our citizens who need to get first and in what order.

“Working with the State Primary Healthcare Board, we will start administering the vaccine by the weekend. We are leading from the front to convince our citizens that the vaccine is needed to build resistance, especially among frontline workers and those who have underlying issues,” Sanwo-Olu said.

The governor who disclosed that the second wave of the virus had been flattened in Lagos, added that the state still faced some challenging issues in the response and that Lagos had put in place an elaborate process to ensure the vaccine administration succeeds.

Sanwo-Olu said that health remained a critical component of his administration’s programmes in boosting human capital index, while also pledging the state’s readiness to partner with W.H.O in new areas of collaboration.

Mulombo said that the W.H.O recognised Lagos government’s contribution towards making Nigeria polio free, stressing that the country had shown courageous efforts in its response to stop COVID-19.

“We are here to re-assure you of UN’s continued support for Lagos State in combating health issues. We look forward to that leadership displayed in the early days of COVID-19 response and urge Lagos to show the same in rolling out the vaccine,” he said.