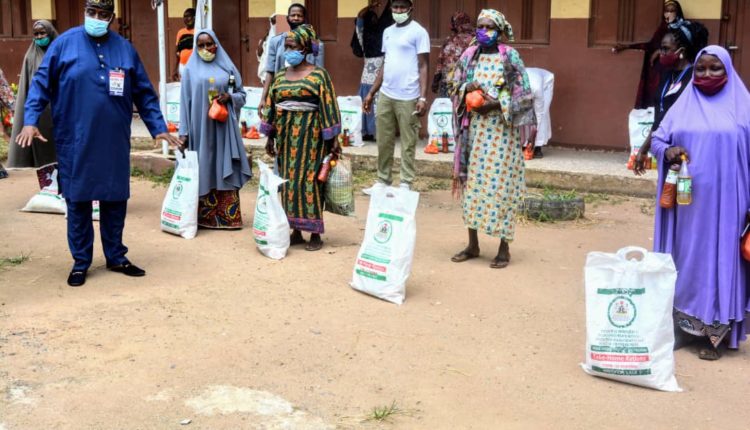 The Lagos State Government has announced that it had concluded the distribution of the Modified Homegrown School Feeding Programme food items in the state, saying all beneficiaries have received the appropriate ration as directed by the Federal Government.

The Guild reports that with understanding that Lagos is one of the frontline states tackling coronavirus, the apex government in May kick-started modified school feeding programme in the state which 337, 589 residents were targeted as the beneficiaries.

At the flag-off ceremony held within Lagos State Universal Basic Education Board (SUBEB) premises in Ikeja, Minister of Humanitarian Affairs, Disaster Management and Social Development, Sadiya Farouk, hinted that the rations for each household have been reviewed by a nutrition expert to ascertain the nutritional value and benefits to the children.

While noting that 17 countries aside Nigeria were currently employing the take-home ration options, she reiterated that it is a globally accepted means of supporting children to continue to have access to nutrition despite the disruption to the traditional channels of school feeding.

However, while announcing the conclusion of the programme, the Executive Chairman of LASUBEB, Wahab Alawiye-King, said the programme which was flagged off in Lagos on the 21st of May, 2020 had achieved its aim as pupils in public primary school 1-3 from 37, 589 households were reached during the distribution.

He noted that following the flag-off of the programme by the apex government in the state, LASUBEB was designed to see to the continued sustenance of primary school pupils despite school closure occasioned by the outbreak of coronavirus.

He noted that the distribution of Take-Home Rations to households of pupils started in earnest in 202 centres across the 20 Local Government Education Authorities (LGEA) in the State after the flag-off.

According to him, each beneficiary received a Take-Home Ration made up of 5kg Bag of Rice, 5kg Bag of Beans, 500 ml Vegetable Oil, 750ml Palm Oil, 500mg Salt, 15 pieces of eggs and 140gm Tomato Paste.

Alawiye-King said, he alongside LASUBEB  board members and the board secretary effectively monitored the distribution exercise through impromptu visits distribution centres.

“At most of the centres visited, the Chairman expressed satisfaction with the conduct of government officials at the various centres as well as the orderliness of the parents being attended to describing the exercise as transparent and seamless in all the centres,” he said.