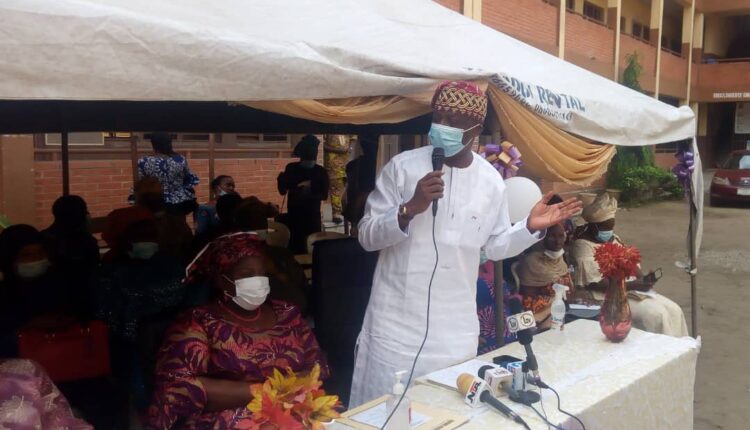 The Lagos State Government has build and commissioned atleast 63 libraries in schools across the education districts, as part of the measures to fully restore reading culture among Lagosians especially students in the state.

It added that next year, 2021, plans have been concluded to construct another over 60 libraries in schools across the state to further strengthen the standard of education in Lagos.

The Special Adviser to the state governor on education, Tokunbo Wahab, who confirmed the number of libraries built by the Babajide Sanwo-Olu-led administration, disclosed that the facilities built in conformity with global standard were designed to address a decline in reading culture among the next generation.

Wahab, while commissioning two of the libraries in Jibowu Junior Secondary school and Onike Girls High School, yesterday, noted that the government believed with the availability of libraries, students would begin to have a passion for reading, not for the sake of passing their examinations, but to acquire knowledge.

“These libraries are part of the effort to build capacity in the state. in the last 12 months, we have done 60 and before the end of next year, we target to complete another 66. and hopefully, in another 24 months, we increase it to 200”.

He explained that the libraries, aside from serving as an avenue to read, has been furnished with Information Communication Technology (ICT), to prepare the students for an emerging revolution that include coding, data security, and others, as well as aid their ability to become a major player in the industry.

“Aside from having books within the premises, we have also put in place an Information, Communication Technology (ICT) so that there will an integration between the library and the Digital Skills Initiative Lagos (DSIL), a free training programme funded by the government to give students digital skills.

“By so doing, we would be teaching our children the next revolution. They will have access to ICT and excel in their academics”, the special adviser added.

Under the DSIL, Wahab disclosed that over 20,000 students have been trained under the first phase of the programme and that the second phase was ongoing, saying, it should be completed soon.

According to him, the programme would be expanded next year to accommodate youths, not in school that were not captured under the first and second phase of the programme.

Earlier, the Tutor-General and Permanent Secretary, District 4, Anike Adekanye, commended the government for responding to teachers’ clamour for restoration of reading culture in the state.

“The library is where we keep books and study. reading culture is fading off among the students. And that is why we have this building. When we are able to read, we could know more. And we want to encourage the young ones the need to read and publish books for the next generation.

“When you check this year’s WAEC, it is better than last year because of the contribution made by the Sanwo-Olu led administration in the state”, she added.

Speaking on behalf of the schools, the Principal of Jibowu school, Adesola Sofuye, commended the government for the gesture and assured that the facility would be put to optimal use.