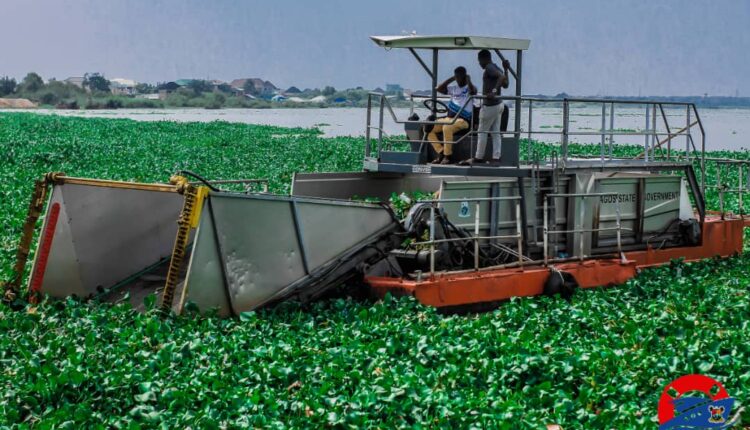 The Lagos State Government has disclosed that machinery has been set in motion to achieve efficient and effective water transportation across the state waterways through the clearing of all sorts of impediments on its routes.

The processes, the government explained, include clearing and emoving water hyacinth across jetties, terminals, and routes on the state inland waterways to give passengers the best of experience.

The state’s Waterways Authority (LASWA), said that the exercise was being carried out simultaneously at three different locations; Ikorodu, Badore, Badagry, adding that upon its completion, it would be extended to other zones.

LASWA’s General Manager, Oluwadamilola Emmanuel, said that the exercise was in line with the Governor Babajide Sanwo-Olu-led administration’s commitment towards improving safety standards and procedures of the state inland waterways to guarantee users’ safety.

Through a statement released to newsmen on Friday, Emmanuel said that the agency has mobilized the required labour force and machinery to the project sites for perfect clearing.

“Water Hyacinth is a floating aquatic plant of tropical lakes and rivers that grows prolifically on the Lagos Lagoon, hindering boats and ferries’ movement, especially during the harmattan period.

“But the Governor, Babajide Olushola Sanwo-Olu has graciously approved the clearing of all impediment to smooth navigation including the Water Hyacinth (a highly problematic invasive species) obstructing the free flow of traffic on the State inland waterways.”

“This effort is to mitigate the occasional damage of boat engines caused by this stubborn aquatic weed and to eliminate delays in travel time while promoting the use of water transport as a viable alternative that is safe, fast and secure,’’ the statement said.