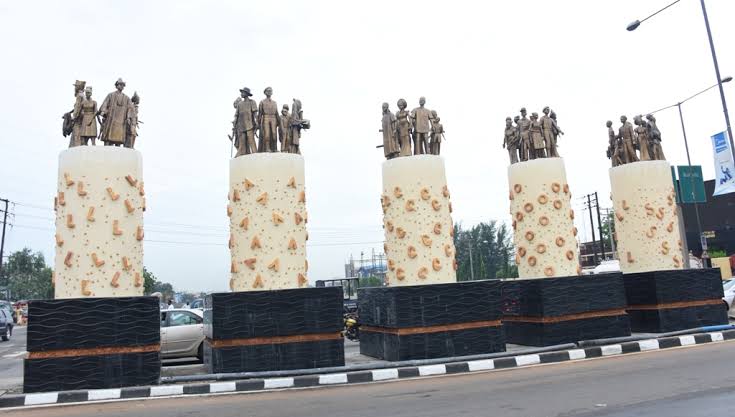 Share
By Olawale Abdul-Fatah
In a bid ensure  free flow of Traffic on roads next year, Lagos State Government has announced plans to reconfigure four major roads towards easing vehicular movement.
The four roads to undergo reconfiguration were: Lekki-Epe Expressway, Ikorodu road, Obafemi Awolowo road, Ikeja and Ikotun road in Alimosho Local Government.
According to Government, the major work to be carried out on the roads were rebuilding of four strategic roundabouts aimed at boosting travel time.
The affected roundabouts were: Lekki second roundabout on Lekki-Epe expressway,  Maryland roundabout on Ikorodu Road, Allen Roundabout on Obafemi Awolowo Road, Ikeja and Ikotun roundabouts.
The existing structures will be replaced with Traffic Signal Lights which will recognise the density of traffic streams and give priorities accordingly.
Also included in the reconfiguration is introduction of stacking lanes for both left and right turns at the junctions and demarcation of pedestrian walkways.
The Commissioner for Transportation, Dr Fredric Oladeinde, who made this known at a news conference in  Alausa on Friday, said signalisation of the affected locations would be completed in the next four months.
The Commissioner said some adjoining roads linking the affected roundabout  would be upgraded to further ensure smooth flow of traffic.
Oladeinde, who disclosed that 60 other traffic prone junctions have been earmarked for reconfiguring, stressed that the work would be done in phases over the next two year.
He reminded residents of  the current administration’s commitment to ensure the successful operation of  intermodal transportation system in line with its vision of a 21st century economy.
On his part, the General Manager of the Lagos State Traffic Management Authority, (LASTMA), Olajide Oduyoye, appealed to residents to cooperate with officials of the agency who would be deployed to manage gridlocks.