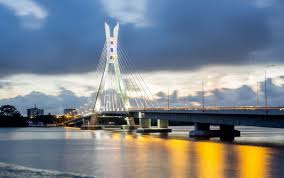 In a bid to restore sanity in Victoria Island and Ikoyi, Lagos State Government has disclosed that enforcement of environmental and traffic laws will on Friday commence in both areas.

According to the State government, this clean-up exercise would be enforced by the Special Committee on Ikoyi and Victoria Island clean-up recently resuscitated by Governor Babajide Sanwo-Olu, after receiving several complaints from residents.

In a statement yesterday, Commissioner for Environment, Tunji Bello, explained that the Government, in conjunction with Victoria Island and Ikoyi Residents Association (VIIRA), as well as the various enforcement agencies, will remove all illegal structures and dislodge all squatters and miscreants in Ikoyi and Victoria Island. It was noted that reconnaissance operations had already been carried out to pin-point specific areas of non-compliance to laid down rules of state.

Bello, who also doubled  as Chairman for the special committee, stated that the enforcement exercise will involve clearing of refuse, identification and removal of illegal structures on setbacks, walkways, drainage alignments as well as the eviction of roadside mechanics who have converted unauthorized spaces to automobile workshops.

He emphasized that business activities that cause obstruction to free flow of traffic or serve as sources of noise pollution will be curtailed, warning that the full force of the law will be brought to bear on religious institutions that do not desist from disturbing the peace of residents with noise from loud speakers in their establishments.

He affirmed that the committee will also enforce provisions of the State Traffic Law during the exercise, apprehend and prosecute commercial motorcycle operators popularly called Okada riders that often ply restricted routes or drive against traffic and commercial bus drivers that violate traffic regulations.

The Commissioner said those that indulge in loitering, illegal occupancy of abandoned buildings, prostitution, vagrancy and any form criminal activities will be arrested. He assured the safety of the special committee members who had been put together from various agencies including Lagos Neigbourhood Watch, Lagos State Environmental Sanitation Corps (LAGESC) and Lagos State Parks and Gardens Agency (LASPARK).

“The Lagos State Environmental and Special Offences Task Force under the leadership of CSP Yinka Egbeyemi will provide full security coverage for all our operatives while on site. For better efficiency, the exercise will run round the clock. Mobile Courts will be on stand-by for immediate trial of all those apprehended for State Environmental Sanitation Offences and Road Traffic Laws violations.”

He hinted that the present administration under the able leadership of Governor Babajide Sanwo-Olu will leverage on the success of the impending clean-up of Ikoyi and Victoria Island to extend the exercise to other parts of the State.