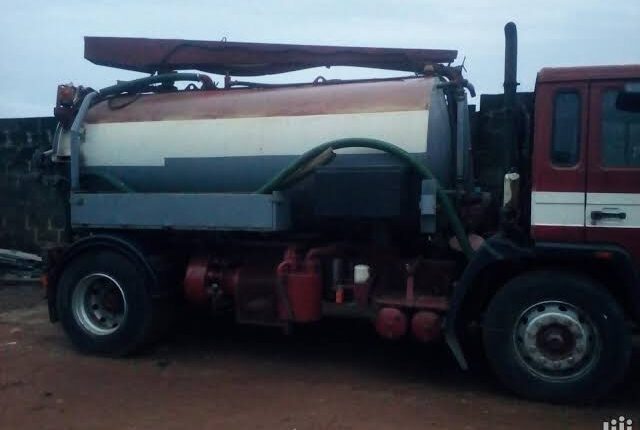 The Lagos State Government has begun clampdown on illegal operators of sewage haulage trucks discharging their contents at undesignated spots across the state, saying their activities have been contributing to environmental challenges being experienced in Lagos.

It explained that the move had become imperative in ensuring the state was rid of illegal sewage discharged at undesignated points such that had been defacing Lagos.

As stated, the Lagos State Wastewater Management Office (LSWMO), in collaboration with the Lagos State Taskforce on Environmental Offences, would carry out the enforcement excercise on illegal operators discharging sewage at Iddo, Adekunle Lagoon end and Costain area of Lagos.

The LSWMO General Manager, Engr. Adebola Matanmi, stated that the exercise tagged “Operation Stop Illegal Discharge of Sewage”, was embarked upon to dissuade recalcitrant operators from discharging sewage at unapproved points, stressing that the six discharge points approved by the agency are Mile-2, Admiralty-Lekki, Odo-Iya Alaro/Ojota, Oregun/Alausa, Abesan and Tolu.

He emphasised that LSWMO was determined to sanitise the operations of the sector with a view to promoting and protecting stakeholders’ investments, calling on more investors to key into the huge opportunities that abound in the Wastewater sector and declaring that the Office is ready to support their businesses and investments.

The General Manager warned those involved in the illegal discharge to desist before the law catches up with them and enjoined all operators in the sector to regularise their operations by obtaining the needed permits from the Lagos State Wastewater Management Office (LSWMO).

Engr. Matanmi equally pleaded with all law-abiding Lagosians to support the present administration through the office with the necessary information of illegal discharge activities in any part of Lagos state aside from the six-listed approved points.