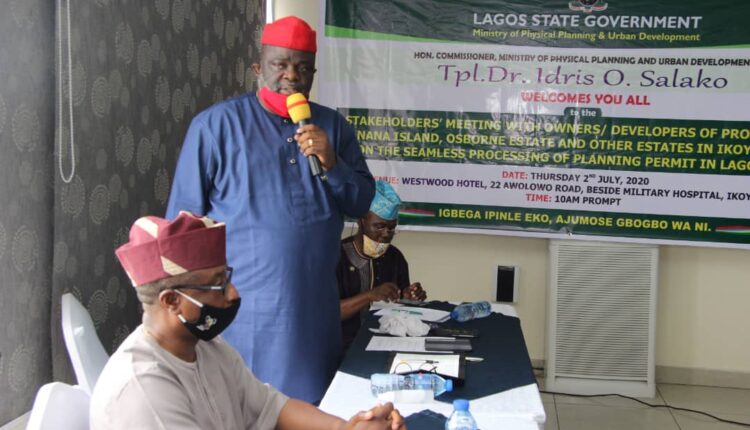 Towards ensuring sustainable development and lawful dealings among property owners, the Lagos State Government has concluded plans to ban all construction activities on reclaimed waterways lands in Banana Island and other Estates in the Ikoyi area of the state.

To achieve this, the government has stopped the issuance of construction permits to developers aiming to build on lands that were previously waterways in Banana Island and other Ikoyi estates, an act described as illegal reclamation.

As said, the illegal reclamation of waterways lands in the axis which had been against the supreme court judgment necessitated the government action and as part of measures to end the construction of buildings prior to the granting of planning permits and mandatory stage certification across the state.

The State’s Commissioner for Physical Planning and Urban Development, Dr. Idris Salako, said it is pertinent the government resort to the 2003 Supreme court Judgement which vested all lands and physical development of same in the Lagos State Government as part of measures to curb put an end to the act.

Speaking during a dialogue session with owners and developers of properties on Banana Island and other Estates in Ikoyi on Thursday, the Commissioner decried the illegal reclamation of parts of the waterways in the vicinity, which he said, had been abutting Ikoyi/Victoria Island.

According to him, the Ministry had concluded plans to stop granting planning permits on such reclaimed lands regardless of clearances from Federal Government MDAs which, he said, was in flagrant disobedience of the subsisting Ikoyi/Victoria Island approval order.

He explained that as provided by law, developers were to apply for a planning permit from the Ikoyi/Victoria Island district office of the state’s Physical Planning Permit Authority (LASPPPA) or through its website https://epp.lagosstate.gov.ng.

“As a responsive government, we have taken every necessary step to enhance the planning permit process in order to conclude the process in 28Days while there is also the option of the Fast-Track Services which is at a Premium Rate of 500% of the prevailing Fees for Planning Permit in Ten (10) Days. In this wise, the electronic planning permit (ePP) online platform has been re-energized to facilitate virtual and on-line applications for planning permits,” he said.

Furthermore, he revealed the essence of the dialogue was to also facilitate seamless processing of planning permission by owners and developers of properties on Banana Island and other Estates in Ikoyi.

The Commissioner added that the meeting was specifically targeted at ensuring that the bastardization of the operative development plan covering the areas stopped while the extant laws and regulations governing physical development in the state were respected.

“This is because we can not allow this ugly trend to continue unabated. In addition, this meeting should be considered as another lease for you to toe the line of the law. As respectable citizens, you are expected to be above board, especially as regards sustainable development and lawful dealings,” he said. 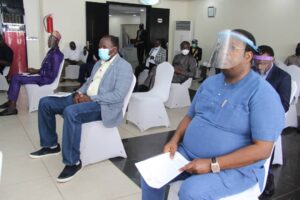 Salako explained that the unwholesome practices by owners/developers include non- adherence to a planning permit, which renders the permit null and void, constitutes illegal development and attracts sanctions, including the related payments and possible demolition of building as empowered by the extant laws.

The Commissioner also expressed dismay at the deliberate falsehood in the design drawings with a view to short-changing the State Government as regards assessment and the scheduled fees.

“This is usually perpetrated by owners/developers who prepare two to three sets of drawings for manipulation such that the set presented for planning permit processing differs from that for actual construction on site. Most often than not, the design parameters are in total variation in terms of volume of building, airspaces, and setbacks, permissible density, number of floors, permissible uses,” he stressed.