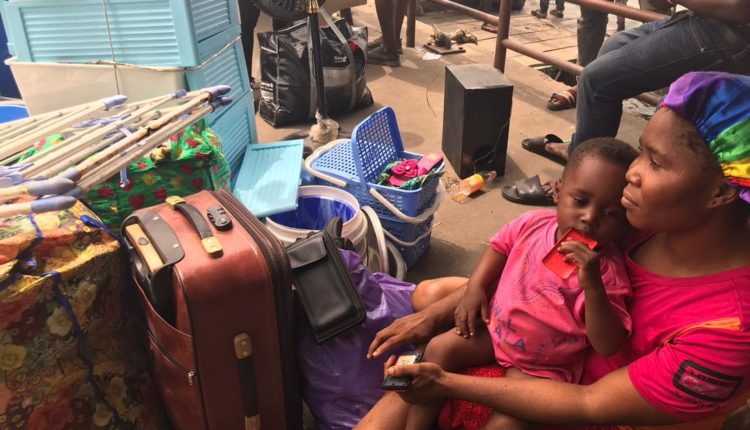 Hours after a High Court in Igbosere, Lagos State ordered Nigerian military to halt forced evictions of Tarkwa Bay, Ilaase and other coastal communities residents, the State Government has thrown its weight behind the actions of the law enforcement agencies, describing the action as efforts to protect Nigeria’s commonwealth.

The State Government added that efforts to crush distasteful and irresponsible behaviour of vandals who pilfer the country’s commonwealth and endanger the lives of others must be commended.

In a statement signed by Commissioner for Information and Strategy, Gbenga Omotoso, on Sunday, the government stressed that the wanton destruction of property experienced in Abule-Egba by individuals and groups who chose to endanger lives and property of residents through their illicit trade, cannot be condoned henceforth.

Further justifying reasons for its position, the State Government stated that the dislodgement followed discovery by Nigerian National Petroleum Corporation (NNPC) that pipeline vandals had taken over Tarkwa Bay and other coastal communities within the axis to sabotage the Nation’s economy by allegedly stealing petroleum products for personal gains.

“According to Navy Commander Thomas Otuji, the Navy found in Tarkwa Bay about 300 spots and pits where petroleum products were being tapped and sold to unlicensed individuals as well as neighboring countries, emphasizing that the trend is dangerous for people living in Tarkwa Bay and other coastal communities where oil pipelines run through.

“In fact, Atlas Cove Jetty, a major installation of the Nigeria National Petroleum Corporation for receipt and distribution of petroleum products to the western part of Nigeria and located within the precincts of Tarkwa Bay in Lagos, has become notorious for economic sabotage.

“Reports indicate that in 2019, the Navy apprehended oil vandals carrying 1400 jerry cans of petrol, 27 drums and five outboard engine boats worth over N20million Naira at the location. It is estimated that the country loses petroleum products in excess of N4billion Naira on a daily basis to oil theft

“It is unfortunate that artisans, fishermen, residents and surfers who engage in legitimate business in Tarkwa Bay failed to draw the attention of law enforcement agencies to the unlawful racket of oil thieves until the Nigerian Navy dislodged occupants of the coastline community. Reports indicate that a number of those engaged in oil theft are non-Nigerians; they are illegal immigrants.

“Although the Lagos State Government was not part of the eviction, the government is engaging all stakeholders to ensure that the rights of those legally permitted to reside in Tarkwa Bay are not violated”, it added.