JUST IN: Denmark knocks Wales out, proceeds to Euro 2020… 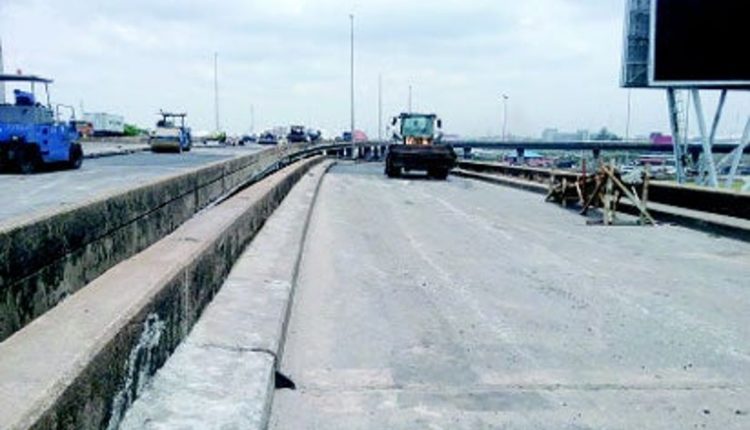 Worried by traffic that will trail Federal Government decision to close Eko Bridge for repair works, Lagos State Government has announced alternative routes to reduce travel time in the state.

Special Adviser to the Governor on Works and Infrastructure, Aramide Adeyoye, announced the alternative routes after a joint appraisal of a failed section by an Inter-ministerial technical team comprising of officials from the Federal and State Ministries of Works and Infrastructure, Ministry of Transportation, the Federal Road Safety Corps and the Lagos State Traffic Management Authority.

Adeyoye said it became necessary to close a section of the bridge to prevent endangering lives of commuters using the bridge, pending commencement of repairs.

According to her, the inconvenience that may arise from the closure which would last for weeks made the government to announce alternative routes for motorists plying the axis.

“For those heading to Lagos Island from Funsho Williams Avenue through Iponri to Costain, connecting Eko Bridge through the National Theatre entry point, they can maneuver to Bode Thomas, link Eric Moore Road and connect Abebe Village (Nigerian Breweries) to Costain before linking their destination through national Theatre to Eko Bridge.

“Other alternative routes are from National Stadium to connect Shitta Roundabout, onward to Adeniran Ogunsanya Road, Bode Thomas, Eric Moore to Abebe Village (Nigerian Breweries) and Costain to link destination through Eko Bridge. Motorists from Ojuelegba are also advised to ply Tejuoso through to Yaba, Murtala Mohammed Way to Oyingbo -Iddo -Otto to Idumota Bridge or Carter Bridge and connect their destination.

“Commuters from Agege Motor Road or Ikorodu Road should drive through Jibowu to connect Herbert Macaulay Way to Adekunle and 3rd Mainland Bridge towards Lagos Island or other destinations”, she added.

The Special Adviser appealed to all road users for the abrupt notice but explained that the decision was inevitable to prevent a situation that could compromise the integrity of the bridge and lead to loss of lives and property.