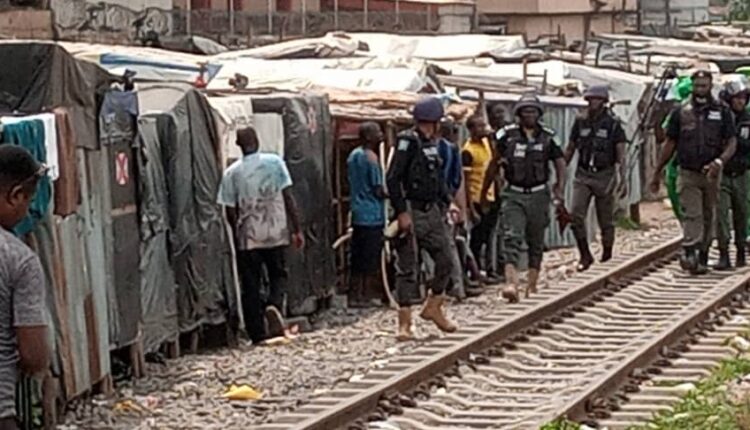 Residents around Fagba, Abbatior new Oko-Oba axis of Lagos State may be having sigh of relief soon as the State Government has announced that plans are being concluded to remove no fewer than 25,000 illgeal structures and shanties said to be housing alleged miscreants and hoodlums terrorising the areas.

It explained that the owners and occupiers of the illgeal structures and shanties which include containerised shops have been served 7-day removal order by the Lagos States Environmental and Special Offences (Enforcement) Unit (Taskforce) and that the structures would be removed upon expiration of the ultimatum.

The taskforce Chairman, CSP Olayinka Egbeyemi, alleged that the illegal shanties were occupied by miscreants and hoodlums who burnt and destroyed both public and private properties along the axis during the last protest.

Speaking when he led the agency’s enforcement team tk serve the removal oder during the weekend, Egbeyemi said that residents around the axis had been having sleepless nights due to series of criminal activities allegedly perpetuated by the illegal structures occupiers.

The agency boss hinted that the Lagos State Commissioner of Police, Hakeem Odumosu, had also directed that any miscreants arrested after the 7 days ultimatum should be charged to court for prosecution, adding that the agency would not relent in securing a safe environment for citizens within the state.