..warns against noise pollution during Yuletide 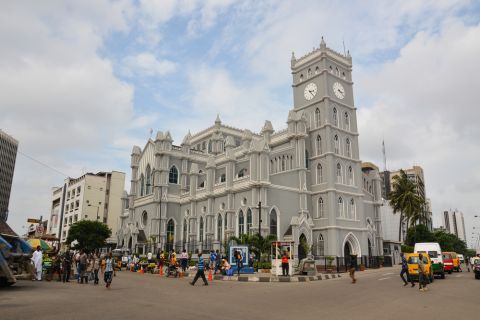 After been satisfied with the level of compliance, Lagos State Environmental Protection Agency (LASEPA), has unsealed the 26 religious outfits and hotels shut for violating the State laws on noise pollution.

LASEPA has also ordered two churches to relocate immediately from their current site because it was discovered that the state pollution law does not permit such in that location.

General Manager, LASEPA, Dr. Dolapo Fasawe, who disclosed the number of unsealed outfits on Wednesday in a statement signed by the agency’s Chief Public Affairs officer, Bola Ajao, stated that those unsealed have met the conditions stipulated for their re-opening.

“In addition to the unsealing of 26 facilities out of the 28 earlier sealed by officials of our agency, the remaining two facilities were ordered to relocate from their present locations to a more suitable place for their activities. We cannot isolate the metropolitan cities from social activities, but its unwanted impact must be minimized and regulated for peaceful coexistence and harmonious working relationships.

While commending the outfits for complying with the State Government laws, Fasawe stressed that the agency would not hesitate to re-seal any of the churches, mosques, and others reopened when they violate the pollution law again.

To achieve this, the general manager hinted that LASEPA staff would continuously monitor all the facilities to ensure that they comply with the pollution laws often.

“The state government will not hesitate to bring the full weight of the law on any individual who fails to be guided in their conduct or those who continuously infringes on the rights of others all in the name of celebrations”.

Fasawe added any event, hospitality (hotels, Bars, Lounges ) and religious centers operating without obtaining noise permits would be sanctioned by the agency either through fines, sealing or prosecution.

Aside from the outfits, the LASEPA boss also cautioned residents in their Yuletide celebration so as not to disturb the serene atmosphere of their neighbourhood in the guise of joyful festivities.

She said that the warning became necessary considering the rate of reports of infractions received by the agency in recent times concerning several cases of abuse against the environment and infringement on individuals’ rights to the peaceful ambiance as a result of persistent noises emanating from various quarters.

The General Manager urged residents to comply with state environmental laws, saying, “we can Merry without making noise, we should be a good neighbor and therefore respect the right of others to a peaceful environment. Also, remember that a noiseless celebration is a peaceful celebration and this should be demonstrated through our actions to our neighbors and environment “.