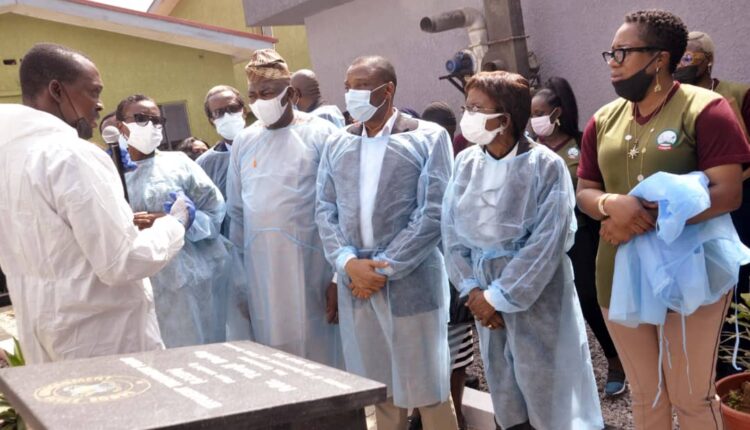 The Lagos State Government through its Environmental Protection Agency (LASEPA) and National Agency For Food and Drug Administration Control (NAFDAC) have neutralized about 2.5 million bottles of hazardous drugs, codeine-containing syrup, taken off the streets in the state.

These codeine-containing syrups bottles were recovered across the state and destroyed at the LASEPA effluent treatment plant in Alausa, Ikeja in a bid to discourage environmental pollution and ensure healthy living,

The Deputy Governor, Dr. Obafemi Hamzat, at the event to take out the hazardous bottles of drugs which were attended by a member of the state House of Assembly, Rotimi Abiru, described the collaboration between LASEPA and NAFDAC as a good initiative towards decongesting the environment of hazardous products.

Hamzat explained that the LASEPA Effluent Treatment Plant was put in place by the State Government for the destruction of expired, adulterated, hazardous products among others,

The deputy governor, who was represented by the Commissioner for Environment and Water Resources, Tunji Bello, added that the decision to choose LASEPA disposable plant to carry out the exercise was deliberate.

The General Manager of LASEPA, Dr. Dolapo Fasawe disclosed that the agency has the right to sanction recalcitrant environmental offenders and protect the environment against all kinds of pollution ranging from water pollution, air pollution, sound pollution among others.

Fasawe said Manufacturing Companies have been charged to get a functional Effluent Treatment Plant for the proper discharge of their hazardous chemicals, disclosing that the Monitoring and Enforcement officials from the agency will continue to monitor the process and method of waste disposals by these companies. 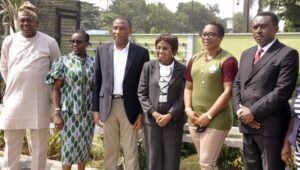 The LASEPA boss, meanwhile, urged manufacturing companies to put in place an Effluent Treatment Plant for the proper discharge of their waste into the ecosystem to avoid being sanctioned by the State Government.

While speaking on the objectives of the collaboration, the Director-General, NAFDAC, Prof. Mojisola Adeyeye said that the decision to destroy the hazardous drugs was to prevent mass consumption of codeine-containing syrup by some Nigerian Youths and its effects.

Her words: ” NAFDAC as a responsible agency of the State Government sometimes ago, called for immediate regulation of production of syrup and the directive resulted in the recovery of over 2.5 million bottles of codeine-containing syrup from all over the country by the Agency. ”

She said, after several deliberations on how to destroy the 2.5 million bottles of codeine syrup, NAFDAC found LASEPA Effluent Treatment Plant suitable for the proper destruction of the products.

Adeyeye said this decision is made to ensure the products are safely destroyed without constituting a hazard to the environment, adding that LASEPA has the technical competence and capacity to undertake the destruction effectively.