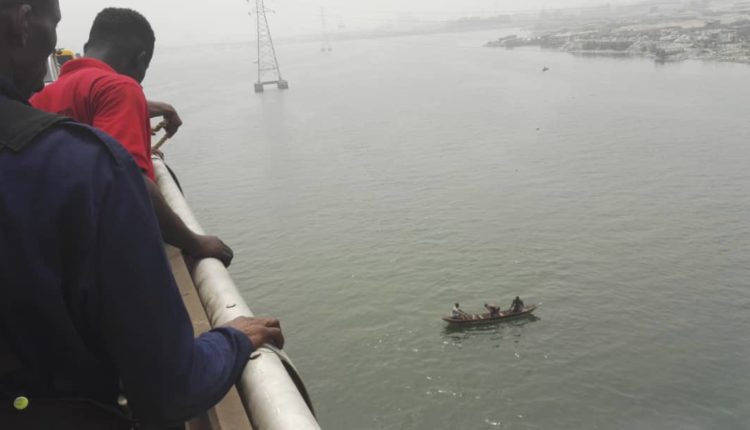 The man, identified as Daibo Toju Davies, was said to have activated taxi-hailing system, Uber, from Mercy Hospital in Gbagada and on arrival at the Adeniji Adele end of the bridge, the man plunged into lagoon.

LASEMA disclosed that while on the bridge, Davies, who resided at 17 Sosanya Street Gbagada,  instructed the driver to pull-over, complaining over stomach upset.

According to the agency, the driver stopped at his request but to the driver’s surprise, the passenger then jumped off the bridge. And realizing this, the driver raised alarm.

The Agency response team, with the Lagos Fire Service and Marine Rescue team, were said have commenced search and rescue for the victim.