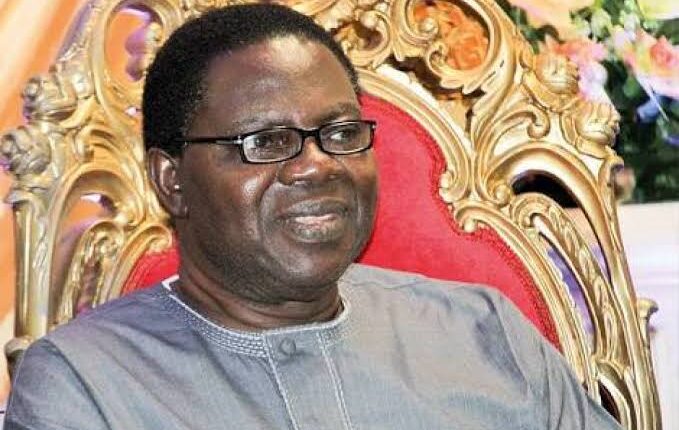 Nigerian music legend, Ebenezer Obey-Fabiyi, eldest son, Lanre, has confirmed that his father was alive and doing well contrary to rumors circulating in public domain particularly online, that the music icon had died in London.

Obey disclosed that his aged father was healthy and that public should disregard news claiming that music legend had died in a hospital in London, earlier on Saturday in London.

When The Guild put a call through to the son for authenticity of the news few minutes after it surfaced, Obey told our correspondent that there have been ceaseless calls from concerned Nigerians, particularly the music legend’s fans, both home and abroad, making efforts to confirm the report.

He hinted that even members of Obey’s family who could not visits because of distance also called to be ascertained of the report that had filtered through social media.

“My father is alive, I am even right in front of him and he is doing very well. we have been receiving calls from London and every other part of the world.

“The report of my father’s death is not true because I am myself and him we actually sitting next to each other as I am talking to you,” he said.

Meanwhile, there were reports been anonymously earlier circulated online that the gospel singer had passed away and that he died in an undisclosed hospital in London, leaving Nigerians to verify authenticity of the news.