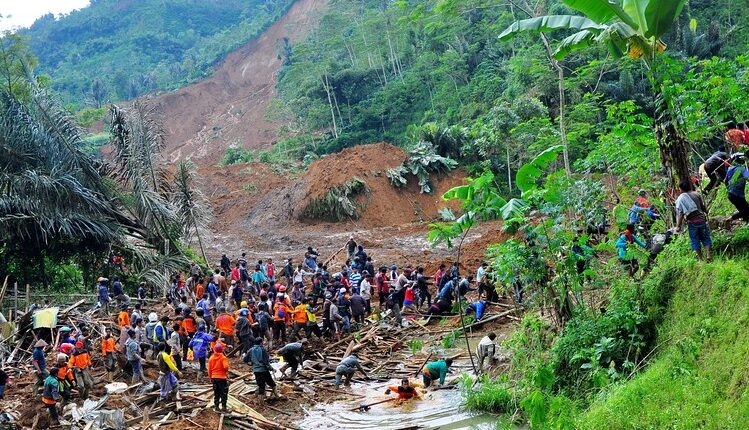 Tragedy struck on Wednesday in Indonesia’s Central Sulawesi province after a landslide in an illegal gold mining area killed six people and injured several others.

While six persons have lost their lives to the disaster, fifteen survivors were said to have been found as of Thursday (today) after the province rescue team stormed the incident scene and began search and rescue operations.

The rescue teams were said to include officials from the police, military, and the local disaster agency.

They were said to have deployed heavy machinery to help the search in the village of Buranga after the landslide on Wednesday evening.

Reacting to the incident, a spokeswoman from the search and rescue agency in the provincial capital Palu, identified as Fatmawati, said that at least one person was missing.

Disaster officials said intense rainfall and unstable soil structure at the illegal mining site may have contributed to the landslide.

As gathered, unlicensed mines are common across the mineral-rich Southeast Asian archipelago and the scene of frequent accidents.

Last year, 11 miners died in Sumatra after a landslide sparked by heavy rains, with another nine people also killed in a landslide at an abandoned gold mine on the island.

In 2019, at least 16 people were buried alive when a mine collapsed in North Sulawesi.