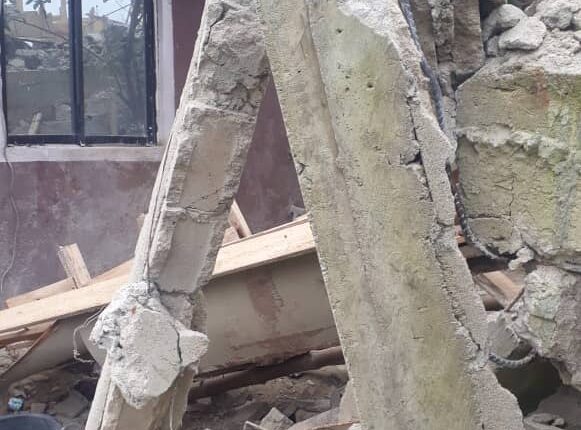 The owner of a two-storey building under construction, Daniel Obasi, in Ikorodu axis of Lagos State, has been confirmed dead by the National Emergency Management Agency (NEMA) after his structure caved in on him.

As gathered, the deceased body was recovered by emergency officials under the rubble after the building on 77, Tapa Road in Isawo, Ikorodu Local Government, collapsed with the owner said to be inspecting the structure when the tragedy occurred.

It was learnt that the building under construction went down at about 2.30p.m on Tuesday and disrupted the ongoing Eid celebration within the community, forcing many to scamper for safety after they heard a sudden loud bang.

After the building caved in, Obasi, who was earlier declared missing, was later recovered under the rubbles by emergency responders and the body was handed over to Isawo Division of Nigerian Police, Lagos Command for investigation. 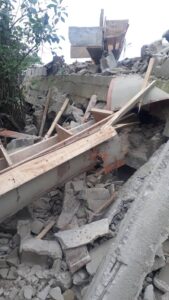 The Guild gathered that the Divisional Police Officer (DPO) has directed that the body of the deceased landlord be deposited at the morgue sited within the General Hospital in Ikorodu.

Eyewitnesses narrated that the building under construction was been put up by the deceased owner as an attachment to the main building in order to ensure full utilisation of his land.

They further hinted that possibly the causality figure could have exceeded one person if the construction work had not been suspended for the Eid celebration on Tuesday.

Confirming the incident, Southwest Acting Coordinator for NEMA, Ibrahim Farinloye, who led the emergency operations, attributed the incident to the inadequate timeline for the construction work.

He said: “The cause of the collapse was suspected to be inadequate timeline to allow sand-filled land to compact properly before the commencement of construction”.