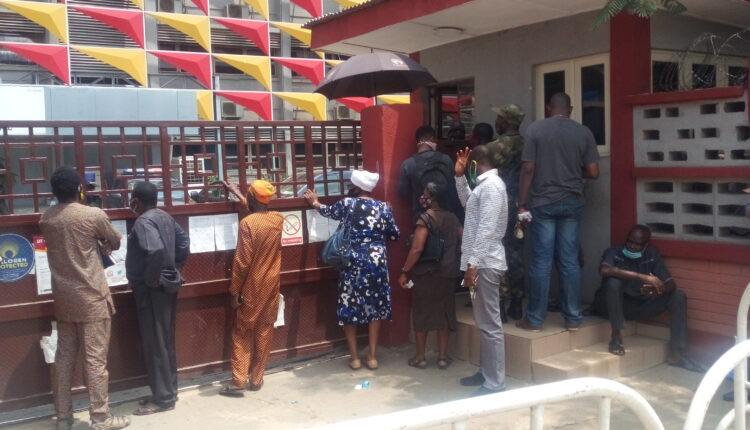 Residents across communities in Lagos state have gone hard on Ikeja Electric over alleged poor services from the power company, billing, and metering issues, claiming that the distribution firm had failed and also betrayed trust of common Nigerians.

As stated, the distribution company had on several occasions allegedly denied residents power and that many homes were put in darkness for no cogent reasons despite repeated concerns being raised by residents.

It was also learnt that some areas in the state were being deliberately put in darkness to serve other areas who are said to be paying more than average for power in the state.

As gathered, the company came under knock over alleged energy theft, issues ranging from overbilling, estimated billing, metering, outrageous charges among others.

Trouble started when the company, through its social media page, asked residents across the state on how they are fearing, a development that created avenues for customers to vent their anger and decry Ikeja Electric poor services.

While some customers bitterly knocked the company for its poor services, estimated billings among others, some residents narrated how they were being supplied more hours of power daily, a development they claimed had led to an increase in their monthly charges.

I am not feeling ok please. My complaint hasn't been resolved and I am running out of time with unit on my metre. My prepaid metre has not been activated since 2wks of installation. My metre nos is 45060580698, old acct 0100355057. Pls treat urgently I ve lass than 10units. Tnx

No light since yesterday at Olusosun Ojota, Onigbongbo LCDA, and you’re asking this question?

We are not feeling any okay, cos at the end of the month you guys will bring estimated bills ! Crazy one at that

No light since 5pm yesterday at Ondo Close, bamishile , Onigbogbo LCDA , I wonder what’s going on . Also, at Alausa !! No light

It’s 4:43 pm, yet no light since yesterday o, no official statement nothing at all o, let’s keep saying this, Cos me for one, I know if we don’t have light for one month , this people will bring bill at the end of the month. It’s crazy!

Also, narrating his experience in the hands of the power distribution company to our correspondent, a resident of 4 Ayoola Coker Street, Ikeja GRA, Ibrahim Adebayo, said his apartment has been disconnect from power supply three months ago.

He added that occupants of the apartment have paid over N9 million to the electricity firm within two years, and despite the huge bills, the electricity company still resort to force when residents in the area complain about their atrocities.

He said, “My compound of units of duplexes inside Ikeja GRA has been disconnected from power supply for about 90 days now by Ikeja Electric because its officials wanted to flex muscles. This company billed us about N2M for month of March, April and May and we contested it and even paid N1M into the Ikeja Electric for a compound where less than 20 people live.

“Imagine, just nine days after the N1M payment was made, these company officials came to remove us from power supply at about 7 am one Sunday morning like that without any notice. A day after the light was reconnected since there was no justification for the disconnection by the Ikeja Electric and that is how these people stormed our compound with over 20 mobile police officers just to disconnect the property from power supply.

“I think some of the staff of the company need to be sacked because if my compound can be disconnected for 90 days from power supply, at least the company has lost nothing less than N600k during the period on average of N200k each month. The company is losing revenues big time on a daily basis and its investors need to query management negligence because the behaviors of some of the Ikeja Electric’s employees in terms of revenue generation are evidence that those working for the company are less concerned about the well-being of the power firm.”

The Guild had earlier reported that occupants of units of duplexes apartments on 4, Ayoola Coker street inside Ikeja Government Reserved Area (GRA), have written to President Muhammadu Buhari, on how women and children were allegedly humiliated recently by Ikeja Electric in an attempt to disconnect the buildings from power supply.

They claimed that their apartments were put under siege for a couple of hours after officials from Ikeja Electric stormed their premises with heavily armed mobile policemen, leaving innocent children and their mothers to run for safety.