KWASU expels 87 students over alleged robbery, others ahead… 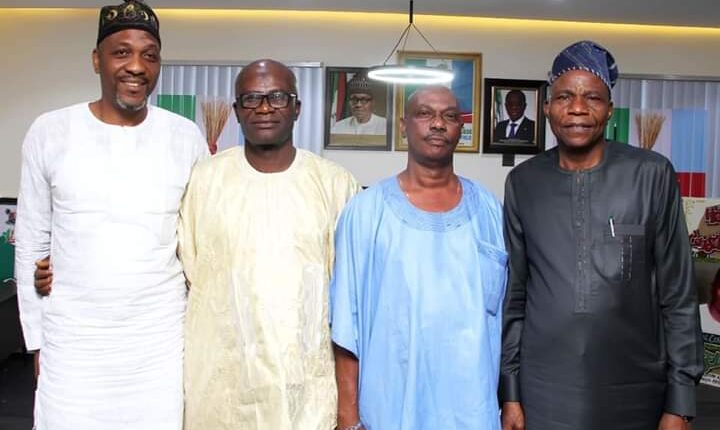 After pathing ways with the Convener of the Lagos4Lagos movement, Olajide Adeniran popularly called Jandor, one of the movement’s leaders, Sunday Ajayi, has returned to the Lagos chapter of the All Progressives Congress (APC), ahead of the 2023 general election in the state.

Also returning to the ruling party in the state after several months in the opposition fold was a former Vice Chairman of Kosofe Local Government, Segun Aka-Basorun.

Both politicians were received back into the APC fold yesterday by the South West organising and former Commissioner for Information and Strategy, Aderemi Ibirogba, and the chairman of the party for Lagos, Cornelius Ojelabi, in Ikeja.

Speaking after receiving the decampees, Ojelabi disclosed that the party would be receiving more members of other political parties that have found the ideology of APC better than others, into its fold.

The chairman noted that the doors of APC were widely opened for anyone that aimed to join the party and contest any elective seat before and after next year’s election.

On the decamped chieftains, he stressed that both men were groomed with the progressive ideology, describing their return as homecoming and where they will get comfort.

According to him, none of the thorough breed progressives would find the Peoples Democratic Party (PDP) and other opposition comfortable to stay due to their ideology.

“Their contributions to our party in time past cannot be ignored and I congratulate them for making the right decision to continue to give their best to the progress of the state.

Ojelabi, meanwhile, tasked the returning members to be upright and continue to contribute their quota to the development of the party so as for the APC to achieve more across the country.

It would be recalled that Ajayi left the Lagos4Lagos movement after he and Jandor were said to have disagreed over N100 million allegedly received from a presidential aspirant to boost their campaign ahead of next year’s election. Although Ajayi denied collecting any money, he was sacked by Jandor.