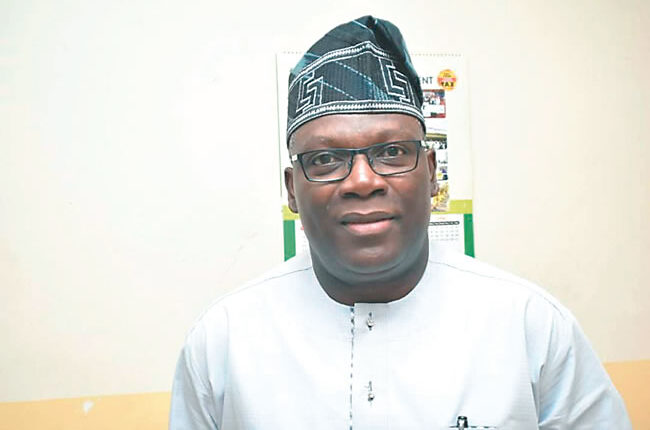 Hours after the factional group, Lagos4Lagos movement, within the All Progressives Congress (APC) announced their intention to leave the party for Peoples Democratic Party (PDP), the APC has commended their decision and that it would help strengthen unity within the ruling party.

While stating that the situation where all decisions that were previously taken within the party often get to the public domain before they become executed, the party noted that the movement of the factional members from its rank would help it approach the 2023 general election better coordinated than before when they were members of the APC.

The party said that the group led by Olajide Adediran popularly called Jandor, decamping to the PDP has revealed their previous suspicion on their plan within APC, saying it is important to note that our suspicion of the group acting as a mole in the ruling Lagos APC has come to pass.

The Party’s spokesman, Oluseye Oladejo, through a statement released on Sunday, disclosed that during their short stint, they were “perpetually ungovernable and would only live by their own set of rules and regulations”.

Oladejo noted that all efforts to educate them and end overtures to engender lasting reconciliation were rebuffed since it did not include a gubernatorial ticket for their leader, Adeniran.

“Our admonition to the group that their brand of politics which harps on sectionalism and discrimination of a whole lot of Lagosians who have no other place to call home was alien to our progressive party fell on deaf ears.

“It’s also interesting and contradictory to note that their leader is also a god-father of some sort who also emerged as their leader without any electoral conduct. He continues to mislead his largely misguided followers for his selfish ambition.

“We note with keen interest the confirmation of the new godfather of their long period of association and their boast to win the next elections”, he added.

As gathered, the new godfather been referred to by the APC publicity secretary was the senate former president, Bukola Saraki, who facilitated their movement from the party to PDP.

The party spokesperson, meanwhile, described their new godfather as “an expired and foreign godfather posing less danger to a group that is desperate for a home and power”.

Oladejo said: “We watched with utter amusement and amazement as they were received by a symbol of democracy, in their own reckoning, a proven fighter against godfatherism who literally turned his state to his fiefdom before the revolution of the people burst his bubble.

“It’s such an irony to the well-mouthed battle cry by the group against godfatherism and undemocratic practices that they chose a curious personality as their political undertaker.

“Perhaps they need to be reminded that Lagos state has always been a progressive state even in the face of well-orchestrated threats and power play. Their new hosts should be honest enough to tell them that losing elections since the advent of democratic governance has been their lot which they have accepted as their destiny.

“We also note their assurance to resurrect the PDP in Lagos which no doubt is uncomplimentary to their new soulmates. We want to congratulate them for finally finding a home at a homeless party.

“However, our doors in APC remain open to receive and rehabilitate them, true to the proven characters of our leaders, after burning their fingers as expected.

“I guess the transfer season towards 2023 elections has commenced in earnest. We will meet at the polls and I can assure you that Lagos state APC remains undaunted by a group whose departure is good riddance to bad rubbish. Our party will definitely not be distracted as we continue to support our government to finish strongly”.