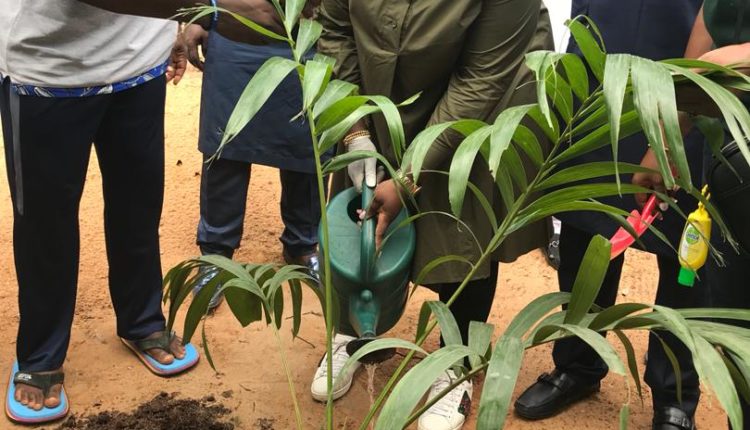 The Lagos state government has disclosed that 2,6m will be planted across the state in 2020, as a measure to reduce the impact of climate change in the state.

The General Manager, Lagos State Parks and Gardens Agency (LASPARK), Adetoun Popoola, disclosed the agency’s set target for this year on Sunday at the International Day of Forests held in Lagos with the theme, ‘Forests and Biodiversity’.

“Tree Planting is one of Lagos State Government’s deliberate Climate Action efforts in support of the United Nation’s Sustainable Development Goal (SDGs) 13, one of 17 goals that made up the 2030 Agenda for sustainable development.

“This deliberate effort informed our choice of collaborators for this year’s event, to contribute towards our goal to plant 10 million trees by the end of this year. Presently, over 7.4 million trees have been planted across the state so far”.

She assured residents that LASPARK would continue to collaborate with individuals, corporate institutions and Non-Governmental Organisation (NGOs) and individuals to bequeath a healthy and sustainable environment for all.

To demonstrate this, she said: “We have associated with My Roots in Africa, a project designed by Most Influential People of African Descent Foundation (MIPAD) to encourage African Descent across the Diaspora to join the climate action movement by planting trees on African soil to help reverse the effects of climate change”.

Earlier, Permanent Secretary Office of Environmental Services (Ministry of the Environment and Water Resources), Belinda Odeneye, confirmed that with a healthy ecosystem, strong and resilient social structure, the dream of many citizens to live a prosperous life would become reality.

While urging residents to support Government’s investment towards sustaining the environment, Odeneye disclosed that sustainable management of forests was a key contributor to unlocking the challenges of food security and eradicating poverty.

Commenting on the significance of the day, the Founder of La Campagne Tropicana Beach and Forest Resort, Olawanle Akinboboye, described the tree-planting exercise as his contribution towards building a better society for all.

Akinboboye stated that his aim was to have an Africa that addresses desire of all irrespective of your status in the society.

He, however, commended the Lagos State Government’s leadership style and commitment towards the preservation of the ecosystem.