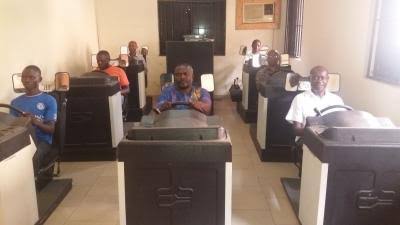 Share
By Monsuru Olowoopejo
In a bid to achieve a drastic reduction in travel time on Lagos roads, the State Government has trained at least 21,145 private, commercial and other drivers on modern driving techniques and other skills that would curtail gridlock within the state.
The 21, 145 drivers, who were trained by the government at the Lagos State Drivers Institute (LASDRI) centers between January and May 2020, were equipped with skills that would ensure orderliness, safety, and security on the road.
A breakdown of trained drivers at LASDRI centers in Ikeja, Badagry, Ikorodu, Lagos Island and Efe divisions using requisites facilities to test eyesight, use computerized driving simulators, capture biometric data and database equipment among others showed that no fewer than 4,128 drivers were trained by the institute in January 2020.
In a document obtained from the Transportation ministry, it was revealed that 9,030 commercial, private and other drivers approached LASDRI centers in February for their training and re-certification to become a technology-savvy driver while in March, 6,686 drivers, who undergo all necessary training were certified by the institute to drive safely anywhere.
While in the month of April, the driving institution recorded nil due to the lockdown imposed on Lagos state by the Federal Government to flatten the coronavirus curve in Nigeria.
In the month of May, after the apex government ease lockdown, the agency re-certified over 1000 drivers to ensure Lagos roads were free of carnages.
Investigations conducted by The Guild revealed that LASDRI achieved this through the introduction of a drop boxed method basically to assist drivers seeking re-certification after the Federal Government relaxed lockdown which was earlier imposed to flatten coronavirus curve in the country.
A source in the Ministry of Transportation told the Guild that the institute introduced the dropbox strategy in compliance with the physical distancing directives of the state governor, Babajide Sanwo-Olu.
The source, a top government official who chose to speak on anonymity, added that the institute had embarked on other strategies to ensure drivers are trained and sensitised often on why they must adhere to safety measures while on the road.
According to him, the number of trained drivers would have been over 30,000 if the lockdown to assist the country gain control over COVID-19 was not imposed on Lagos.