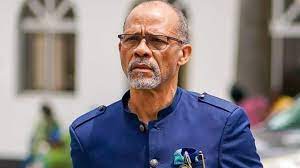 At least 5,987 inbound travelers were currently been investigated by Lagos State Government for allegedly contravening the Covid-19 protocols put in place by the Federal Government for both visitors and returnees, in order to prevent further spread of the virus fourth wave, Omicron.

The government said that the 5,987 inbound travelers under investigation were among the 6,500 visitors and returnees that were suspected of not being compliant with the guidelines established to protect the community, lives, and the country’s economy.

The other 81 confirmed defaulters have been sanctioned and fined by the mobile courts after they were found guilty of contravening the protocol set by the governments to flatten the virus curve across the country.

These statistics were disclosed by the Lagos State Commissioner for health, Akin Abayomi, who stated that due to the apparent increased contagiousness of the Omicron variant and the anticipated increase in the numbers of inbound international travelers for Christmas and the New year, Lagos State had predicted a fourth wave which did happen as it recorded the highest number.

Abayomi through a statement signed and released on Friday stated that as a government, they are determined to halt the alarming trend of defaulters whose actions were responsible for previous waves of the pandemic in Lagos State, adding that they have commenced communicating with 6,500 inbound passengers who are suspected of not being compliant with our guidelines established to protect the community, lives and our economy.

According the commissioner for health, he said that the process is executed strictly without prejudice, and nobody would be exempted from the sanctions if found guilty.

“Disregarding the testing and isolation guidelines inevitably introduces new variants of COVID-19 and constitute a State and National public health and security threat which will sabotage all efforts to mitigate and reduce the impact of the fourth wave on citizens and the economy of the State and Country. We have started submitting the names of those that do not respond to the SMS or Emails to the Presidential Steering Committee for the deactivation of their passports for a period of one year.” he said.

He further urged residents particularly inbound passengers coming into Lagos and Nigeria to adhere strictly to COVID-19 protocols and guidelines including isolation, testing and vaccination guidelines to support the government in sustaining the flattening of the fourth wave of infection in the State.

JUST IN: Our economic strategy is attracting foreign investors- Buhari