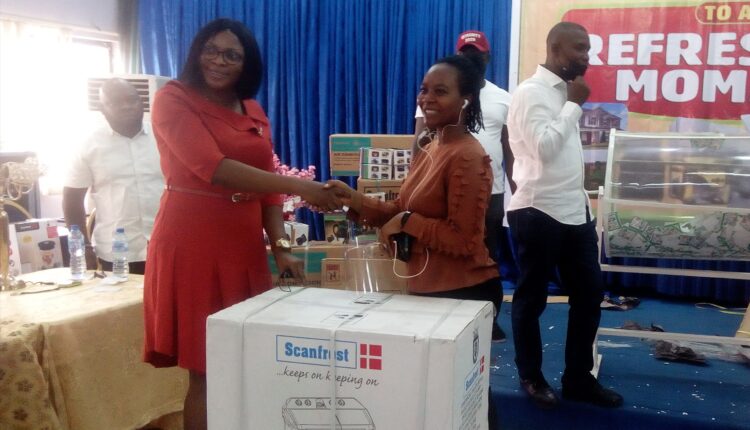 The Lagos State Tax Administrative Cooperative Multi-purpose Society (TACMS) has disclosed that the society’s capital base has rises over N1 billion, barely five years after establishment of the society.

It also added that the membership strength has increased beyond 2,000 members with several request currently been received from financial experts to join the cooperative society and boost their standard of living.

The statistics were disclosed by the TACMS president, Adeyinka Kazeem, at the society’s 5th anniversary which was also attended by past executive members including the pioneer president, Lanre Ariyo, and vendors on Tuesday.

At the event held in Ikeja with strict adherence to COVID-19 protocol released by the Federal and Lagos State Government, members were rewarded with prizes won through an open raffle draw also viewed by members virtually.

Addressing the gathering, Kazeem attributed the rapid growth of the society’s capital base to members commitment to TACMS activities over the years.

The president added that the growth was also due to the foundation laid by pioneer members especially the executives to ensure that the society operates on transparency and accountability.

He noted that, unlike some cooperatives societies battling with financial management, TACMS has been managed over the years by experts and with firm monitoring from the Lagos Internal Revenue Services (LIRS), to ensure every penny was accounted for.

“This cooperative just started five years ago. And since we started, we do not condone any act of corruption because the management of LIRS has been a major regulator for the society to prevent misappropriation of members funds”.

According to him, aside from the strict monitoring, the executive members have often ensured that transparency and accountability remain their guiding principle.

“Due to this, we have been adjudged the best cooperative society four times within the five years of our establishment by Lagos State Ministry of Commerce, Industry and Cooperative. And awards further indicated what we have been doing annually, which is, working to always ensure that members get their needs as at when due”.

The president explained that the executive always ensure that members get their request within two weeks after he tenders the request application, saying, that i believe has been a major boost for the society.

With this gesture, Kazeem disclosed: “We have assisted several of our members to secure property and over 200 members have secured a home through the National Housing Funds (NHF). All these were achieved through the commitment of the members who have often ensured that they pay their dues”.

Earlier, the pioneer president, Ariyo, said that the society was set up to assist members particularly the civil servants in LIRS, to meet their desire needs with ease.

He disclosed that the society with over 2000 members currently started with less than 30 members, noting, the commitment from the founding members including the current president who was the treasure at inception helped to grow TACMS.