Lagos taskforce to go after motorists, other traffic violators 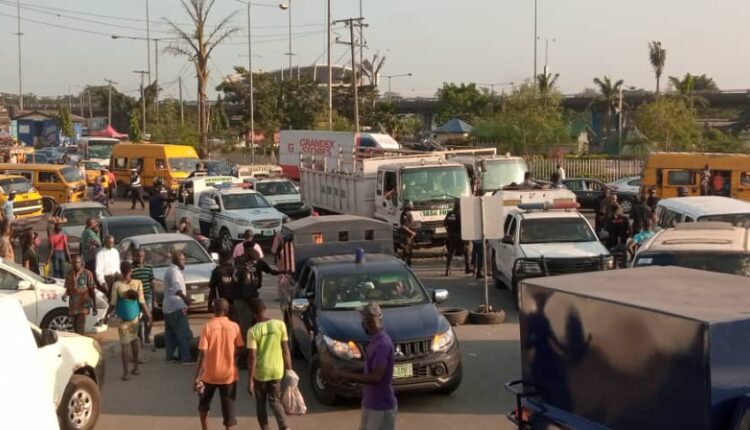 As part of the measure to address gridlocks that had increased travel time in Lagos after the EndSARS protest, the State Environmental and Special Offenses (Enforcement) Unit (Taskforce) has concluded plans to go after motorists and other road users violating the Transport Reformed Law of 2018 and restore sanity.

The agency cautioned motorists including those on plying Bus Rapid Transit (BRT) corridors to desist from the act and comply with all traffic regulations forthwith or may face wrath of the Law.

Confirming the plan to resume enforcement, Chairman of the agency, CSP Olayinka Egbeyemi, who cautioned motorists on Monday, stated that the enforcement team was determined to restore normalcy across the state.

Egbeyemi noted that the agencies were determined to enforce the law on recalcitrant motorists that have continued to contravene different sections of Lagos state law.

The chairman, in a statement by Head, Public Affairs Unit of Lagos Task Force, Adebayo Taofiq, appealed to commercial tricyclists and motorcyclists operators to stop plying restricted routes as anyone caught would be penalised in accordance with the stipulated Law.

“All motorists, including private car owners, are hereby warned to henceforth desist from all forms of traffic obstructions, driving against traffic (one-way) and plying on BRT corridors.

“It is disheartening to observe that commercial bus drivers and private car owners are in the habit of disobeying all road signs and signals in contravention to the traffic law thereby causing an impediment to free vehicular traffic across the State”, he added.