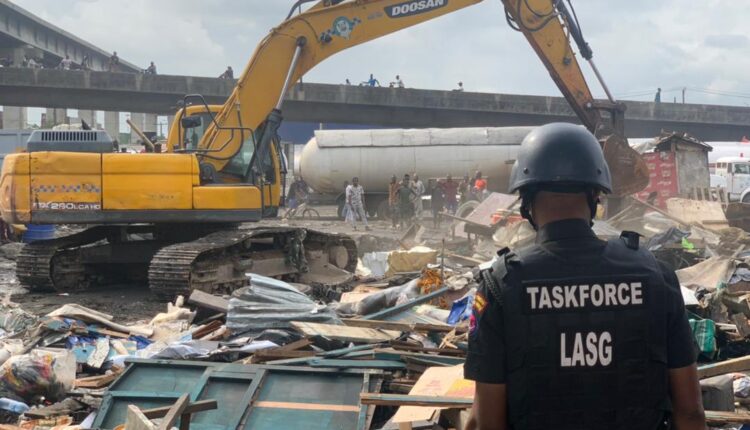 As part of the effort to reduce crime and gridlock, the Lagos State Government has pulled down structures and dislodged traders and residents that have converted under the Iganmu bridge in Ijora axis to houses and trading venue.

As gathered, the state government demolished the structures Lagos State Environmental and Special Offences Unit (Taskforce), who stormed the axis and enforced the environmental law of the state.

The Guild learnt that the land had been left unused by the state government resulting in the residents’ conversion to residents and market square. 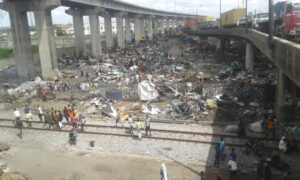 The demolition came three days after the expiration of a six month quit notice and 72 hours removal notice served by the State Government to the occupants to leave through Lagos State Environmental and Special Offences Unit (Taskforce).

During the demolition exercise led by the Taskforce chairman, Shola Jejeloye, a Chief Superintendent of Police (CSP), on Thursday, he assured the public that the premises would not be left 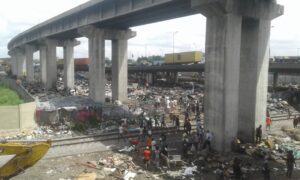 Addressing newsmen after peacefully dislodging squatters and removing shanties as well as abandoned vehicles from the sprawling area, the chairman noted that the occupants had continuously to disregard all notices served on them.

He hinted that the State Governor, Babajide Sanwo–Olu had previously led the Vice President, Yemi Osinbajo, to the scene to examine the land usefulness towards addressing Apapa gridlock.

Jejeloye explained that the occupants of the Iganmu Underbridge were informed to leave the area six months ago before they were eventually served a 72 – hour removal notice last Monday.

He noted that relevant Government agencies including the Ministry of Environment and Water Resources, Lagos Waste Management Agency (LAWMA), LASPARK and security agencies have been mandated to take possession of the area for cleaning up and managing the area.

The chairman added that the clearing of the place and dislodgement of squatters would bring to an end the incessant traffic robberies, indiscriminate parking of trucks, environmental nuisance and selling of hard drugs prevalent in the area.

“The State Government would sustain this place. All those illegal activities and this area serving as hideouts for criminals would no longer be allowed”, he stated. 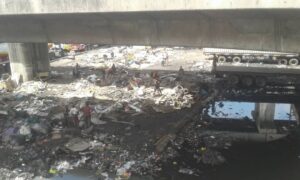