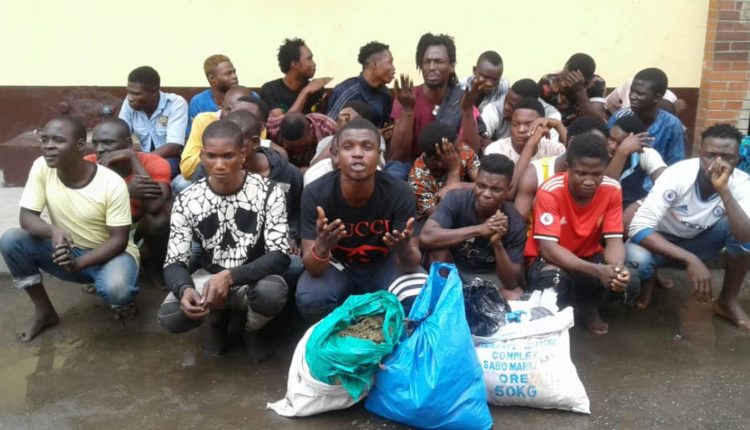 A breakdown of the 43 suspects arrested during the raid that lasted for hours with the axis including the Afrobeat legend, Femi Kuti’s African Shrine were 28 drug peddlers and 15 illegal street traders.

It was learned that aside peddling drugs, some of the miscreants within the axis also engage in criminal activities while the traders constitute environmental nuisance around the Shrine.

Confirming their arrest, Chairman of the Agency, Olayinka Egbeyemi, in a statement by Head, Public Affairs Unit, Adebayo Taofiq, on Sunday, explained that the enforcement operations became imperative after their office was inundated with several complaints from residents over the nefarious acts that happen around the CBD. 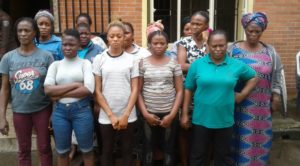 According to the Chairman, “The night enforcement operation was carried out on all roads around African Shrine where sales of hard drugs like Tramadol, Codeine, Skunk, Weed, Illegal Mixed Liquor, Assorted Food and all sorts of consumable and non-consumable items are freely sold on the streets in defiance of security agencies and government authority”.

While noting the suspects were arrested at different locations within Alausa and CBD, Egbeyemi maintained that the enforcement operations will be a continuous exercise in line with the vision of the present administration to rid the entire State of street urchins and criminals.

“The Lagos State Government has vowed to sustain the security onslaught on all areas identified as criminal hideouts and hard drug outlets across the State, especially within the metropolis,” Egbeyemi said.

What Buhari can do to strengthen his anti-corruption drive-SERAP