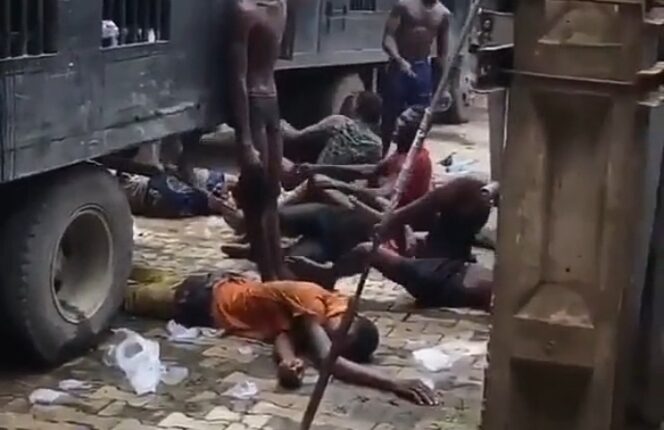 This is coming as the agency also denied links with officers seen in the video trying to resuscitates arrested protesters who appeared to have allegedly passed out and short of breath.

The agency maintained that contrary to reports in some section of the media, the officers as seen in the said viral video were not attached to taskforce and that they were only uniformed men from another formations.

Debunking the claims through a statement by its Head, Public Affairs Unit, Adebayo Taofiq, the agency noted that though the uniformed men were with the agency’s black maria, they were not acting for the task force during the operation seen in the video clip.

According to the taskforce, the uniformed men in the viral video were not operatives of the agency as none of them had on any jacket with an inscription ‘Lagos State Task Force’ which is our official outfit during any enforcement operations.

“It must also be noted that those uniformed men in the said viral video only used the Agency’s blackmaria to convey arrested miscreants and hoodlums to court as directed by the Lagos State Police Command.

“The Lagos State Environmental and Special Offences (Enforcement) Unit (Taskforce) therefore, enjoined members of the public not to attach the said viral video to any activities of the Agency. The Agency is, however, undeterred and highly committed to ridden the State of all criminal elements,” the statement said.