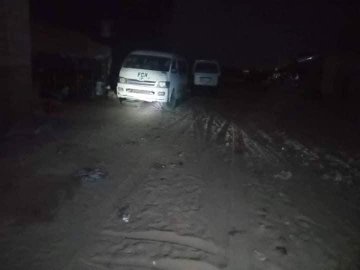 Share
By Monsuru Olowoopejo
Confusion has broke out among commuters and transport operators in Niger State after a suspected coronavirus male patient died in a vehicle.
The deceased passenger and others in the vehicle, with number plate JJJ 349 XN, were said to have left Lagos for a northern state when the tragedy occurred in Badeggi katcha Local Government of Niger State, a village along the expressway.
The Guild gathered that the vehicle bypassed security officials at border posts to leave Lagos State for the trip and that the passenger died hours after the trip commenced.
Confirming the development, the Director-General, Strategic Operations, ICT and Public Enlightenment Unit, Abdullberqy Ebbo, in a statement on Thursday, disclosed that the incident occurred on Wednesday night.
Ebbo added that Council chairman has already been instructed, possibly by the Governor, Abubakar Bello, to ensure the vehicle returns back to Lagos, where they were coming from.
In the statement on his official social media handle, the Director-general disclosed that the attention of the state government was drawn to the issue by a resident at the scene and investigations further confirmed the allegations.
He said: “One George Udom drew the attention of the state government to an issue in Badeggi katcha Local Government, Niger State, a village along the federal expressway, that a passenger suspected to be Covid-19 patient dies in a bus with registered number JJJ 349 XN conveying passengers from Lagos.
“The local government chairman has already been instructed to carry out the following immediately; let the vehicle be fixed and should be escort out of Niger with security support to where they’re coming from and be handed over to the authorities there.
“The wind screens of the vehicle must be rolled up and mechanic must wear face mask and hand gloves, eye glass before touching the vehicle for repair. 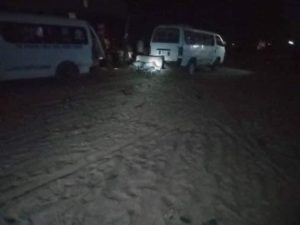 “Contact the DSNO in katcha and Bida for further on the site support”, Ebbo added.
According to him, I just got off the with phone with the chairman and all the aforementioned directives are already been carried out.