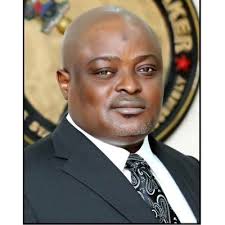 Ahead of workers resumption after lockdown, the Speaker, Lagos House of Assembly, Mudashiru Obasa, has advised employees to ensure implementation of the state instituted coronavirus preventive measures, saying that such was imperative in order to curb spread of the deadly viral pandemic in the nation.

Obasa said that workers’ compliance with the medically advised prevention methods was important, even as the state prepared for the recommencement of specified economic activities on Monday.

He urged workers to ensure that duties were carried out diligently, and that the state resumption was faced with an attitude of honesty and loyalty to respective institutions.

The speaker, through a statement released from his office on Friday, congratulated Nigerian workers on the event of May Day celebration, and called for a renewed dedication to adequate discharge of duties in workplaces across the state.

Obasa said that workers were irreplaceable in any nation, adding that Nigerian employees had made tremendous efforts towards the health and growth of the country’s economy and that it was imperative that they are appreciated.

“I join all other leaders of the world to celebrate and felicitate with you on the occasion of your day ( Workers Day). No doubt, workers are the wheels of progress of the economy of any nation without which the well being of such nation will be at a standstill”, he said.

He commended the tireless attitude with which the legislative workers carried out duties in the assembly and noted that the staff efforts had immensely contributed to the growth of legislation in Lagos.

He prayed God’s blessings on all workers in the state and nation in general.