Saudi, Nigeria continue fasting after moon stay away from… 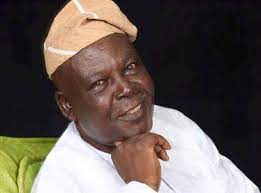 The Lagos State House of Assembly Speaker, Mudashiru Obasa, has commiserated with the major opposition party in the state, the Peoples Democratic Party (PDP) over the death of its chairman, Dr. Adegbola Dominic, and three other members that died.

Other members that also died recently were the secretary to the party in the state, Muiz Dosunmu, PDP Lagos West vice-chairman, Monsuru Ajagbe, and the women leader, Shola Oladehinbo.

Aside from the State executives, the party also lost its Badagry, Ajeromi/Ifelodun, Lagos Mainland, and Apapa Local Governments chairmen.

Obasa, who urged the party to remain strong even though it must have been a painful and solemn period, considering the deaths of their fellow members.

While praying for a repose of the souls of the departed, Obasa urged the party at the various levels to take solace in the fact that the departed officials had played their roles for the growth and progress of democracy in the state and the nation.

“As religious people, we understand the place of the Divine God in everything that we do. We believe that God gives and takes. We only pray for His mercies at all times.

“As politicians, we also understand the roles we all play for the progress of our state or the nation. Irrespective of our political differences, we are, first, human beings with blood and water inside us.

“As human beings, the least expected of us is to constantly show compassion, have human feelings and show love to one another. It is on these notes that I commiserate with the PDP and its officials both at the national and Lagos State levels over the demise of their colleagues in the state,” Obasa said in a statement from his media office.

The Speaker, through the statement by his Chief Press Secretary, further urged the party not to abandon all those left behind by the departed as this is the time to show them love.