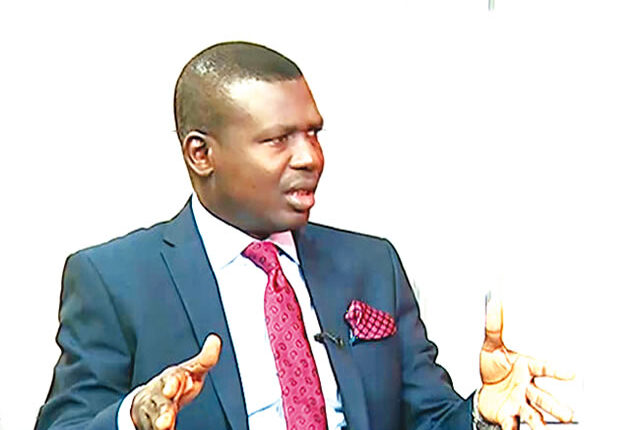 Ahead of the inaugural sitting of Lagos Judicial Panel of Inquiry on dissolved Special Anti-Robbery Squad (SARS) alleged and human rights violations, a member of the panel, Ebun-Olu Adegboruwa, has faulted the Southwest Governors and ministers inspection tour to the Lekki tollgate, scene of military attack on EndSARS protesters in the state.

Adegboruwa also queried the Minister of Works and Housing, Babatunde Fashola’s decision to remove a hidden camera from the scene that was under investigation by the panel.

Through a statement made available to newsmen on Monday, the legal practitioner stated that their visit and removal of the camera from the scene was an act to distort facts and that they impeded the panel responsibility.

Some of the scenes visited by the Southwest Governors led by the chairman and Ondo state Governor, Rotimi Akeredolu, and Ministers were Lagos High Court, the state State DNA & Forensic Centre, the Nigerian Ports Authority Headquarters, Marina, and the burnt Lekki tollgate.

He, meanwhile, in the statement titled ‘BRF TAMPERS WITH EVIDENCE’, appealed to the State Governor, Babajide Sanwo-Olu, to hands-off from the committee activities and accord it full autonomy as promised at the inauguration.

Adegboruwa said: “On Sunday, October 25, 2020, it was widely publicized that Ministers and Governors of the South-West visited the Governor of Lagos State on a sympathy tour of structures affected by the wanton looting and destruction that took place last week. In the course of their visit, they were led to the Lekki Toll Plaza, to assess the situation thereat.

“It was at the same Lekki Toll Plaza that the incident of alleged shooting of EndSARS protesters was said to have taken place. And based on public outcry, the Governor of Lagos State added the Lekki Toll Plaza incident to the terms of reference of the Judicial Panel that was set up.

“Since the Panel has been vested with jurisdiction over the Lekki Toll Plaza, I verily believe that it is illegal for anyone else to conduct any visit to the said Lekki Toll Plaza in the absence of and without the authority and consent of the Panel. It was reported that in the course of the visit, the former governor of Lagos State and the Honourable Minister of Works and Housing, Mr. Babatunde Fashola, SAN, discovered a hidden camera, which he took. This is a clear case of illegally tampering with exhibits that may become useful to the Panel in the course of its assignment.

“I appeal to the Governor of Lagos State to allow the Panel the full autonomy and independence that was promised at the time of inauguration. It is contempt of the Panel for anyone to usurp the powers of the Panel in the way that has been reported. In this regard, the Panel will not shy away from summoning anyone who is alleged to be involved in any contemptuous act that may obstruct the course of justice.

“I call on all Nigerians to come up with their complaints before the Panel for proper ventilation, as it begins its sitting today”, he added.