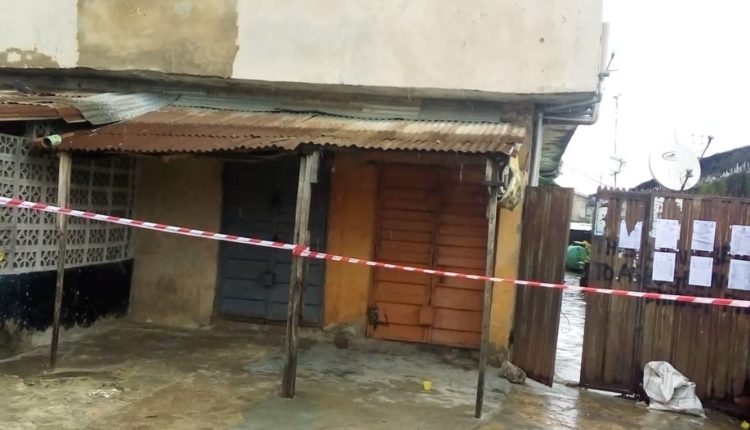 Community residents within Bariga axis of Lagos have raised concerns over a building identified to be distressed on 19, Kayode Adebiyi street while urging Lagos State Government to come to rescue of community and avert it from unforeseen circumstances.

They said that several reports on the said build had been forwarded to appropriate government offices and that nothing is yet to be done by authorities to avert troubles that could happen in nearest future.

The residents in their unanimous voice indicated that occupants of the building must immediately be removed from the dilapidated structure and that it could also require that property has to be pulled down. 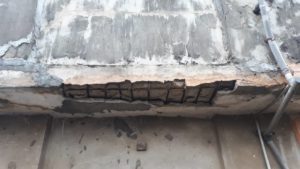 When The Guild visited the community on learning of the structure’s condition during downpour experienced across the state on Thursday, the building was met distressed and its occupants were not bothered by its situation and that of danger to it poses on lives.

Residents disclosed that as downpour intensified, the building began to give obvious signs of distress and that it was reasons for raising alarm that the building could cave in any time on occupants.

One of the residents told The Guild that the building had shown signs of distress and that it would be better if the government intervene by directing occupants of the building to immediately vacate the place before they put the community in trouble.

He noted that occupants of the building had refused to voluntarily vacate the property and that entire community had warned them of danger the structure pose to the community.

“We have warned the occupants of the building to vacate the place that the structure can collapse overnight with it strain look condition of the house’, he added.

A woman petty trader beside the house, who pleaded not to be mentioned, disclosed that the building had already been sold to a new owner and that plan of the new landlord was to pull down the old structure.

She hinted that the new owner had been frustrated by his inherited tenants who had refused to vacate the house so as to allow new landlord to pull down the distressed structure and construct another.

“The man’s worry is that the building is distressed already and if it should collapse overnight, government may seize the property from him and all effort to remove his tenets from the house has not been yielding result”. 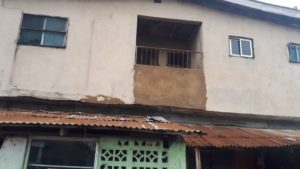 For a man who share same street with the distressed building, the dilapidated structure is life-threatening and that government needs to rescue their community from self suicidal by the occupants’ house who had refused to vacate the place.

He said: “The building is dangerous to the life of the people that are leaving there, The owner of the building has stopped collecting rent from the tenants for the past one year and he is ready to renovate but the tenants refuse to vacate the building.

“We implore all the authorities that are involved in this kind of situation to please do something before things get out of hands”,  he pleaded.

When The Guild put a call through to the said new owner of the building to find out condition of the structure, the man refused to speak on the issue, saying he was not in right state of mind to comment.

Although, Lagos State Building Controlling Agency (LASBCA) said that it had been briefed of the building and personnel from the agency have been deployed to carry out necessary actions.

The Public Relations Officer, LASBCA, Tayo Asagba, told The Guild that General Manager of the agency would be visiting the area to identify the property and other ones that could possibly be suffering the same fate.