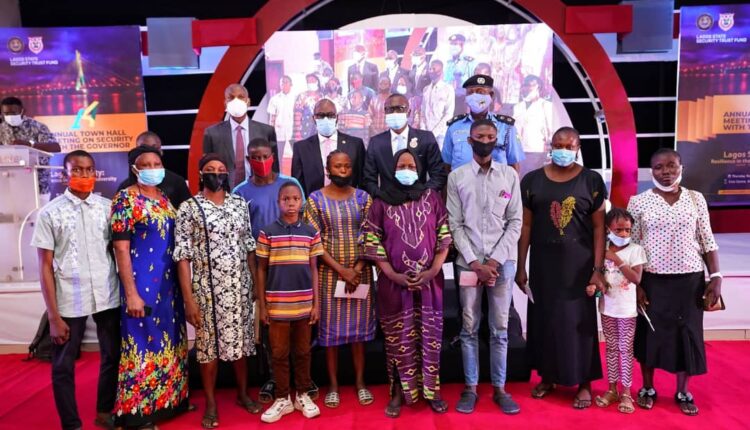 Records of the Lagos State Police Command on crimes have shown that no fewer than 241 murder cases were recorded and 273 armed robbery were foiled between October 2019 to September 2020.

Apart from the murder and foiled robberies recorded, 1,181 robbers were arrested while 27 were killed during different operations across the state.

He added that 17 armed robberies took place in the state within the period undr review and that 36 vehicles were stolen across the state.

The police boss who spoke while at the 14th annual Town Hall Meeting on Security with the theme ,” Lagos Security : Resilience In The Face Of Adversity ” organised by the Lagos State Security Trust Fund (LSSTF), on Thursday, indicated that the state recorded sharp decline in kidnapping in the past year.

The feat, he noted, was not unconnected to improved intelligence-driven operations embarked upon by the command and that efforts were ongoing to sustain the winning strategy.

Meanwhile, the Lagos State Governor, Babajide Sanwo-Olu, presented cheques worth N60 million to families of police officers who lost their lives in active service during the protest against police brutality in the state.

He said that the compensation was the state government’s modest reward for their gallantry, pointing out that the gesture would help the families to heal from the loss.

“Some of our gallant police officers paid the supreme price for our security and safety during the recent EndSARS protests. These are the officers deployed to protect our families from hoodlums but they were lynched in the violence. Today, I am happy to announce and present N10 million compensation through LSSTF to each family of the officers. All their children have also been placed on scholarship up to university level, courtesy of the state government,” he said.