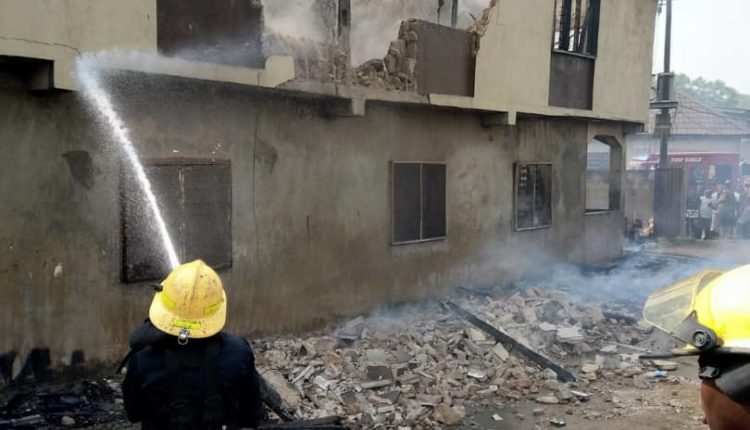 Share
By Olawale Abdul-Fatah
As the harmattan bites harder in Lagos, the state has recorded atleast 13 fire disasters, displacing thousands of residents, traders and destroyed property worth millions of Naira across the state.
The traders and residents affected by the 13 fire disasters recorded in the state were in Mushin, Lagos Island, Ojota, Olodi-Apapa, Odongunyan and Ijede in Ikorodu, Magodo Shangisha, Victoria Garden City (VGC) in Lekki and others.
Acting Head, Lagos Fire Service, Margret Adeseye, disclosed this in an interview with newsmen yesterday after attending to Amu plank market inferno, assured residents that the firemen were ready to confront whatever challenges.
She stated that at the 1039hrs, a building was on Fire at 25 inabiri street, Lagos Island and at 1326hrs another building was on Fire at new garage, Ojota, Lagos which was attended to by Alausa Fire Station.
Adeseye further disclosed that the intervention of her personnel in Sari-Iganmu fire station reduced loss recorded after Lighter Terminal 1 at Coconut bus stop, Olodi Apapa, Lagos was gutted at about 13:14hrs.
The acting head further hinted that at 1451hrs a  fire raged at Elepe dumpsite, Elepe bus stop along ljede in lkorodu which was put out by the lkorodu station and few minutes after, another bush fire occurred in Magodo Phase 1, Lagos and was attended to by Alausa Fire Station.
According to her, just as the firemen put out fire in these places, another building was reported to be on fire at 1655hrs at Kulanla Road, Odomola Epe and for the quick intervention Epe Fire Station, property worth millions of Naira were saved.
She also recounted that at 1632hrs, Pent House of a 5-Storey building at 35/37 Martins Street, Balogun, Lagos was gut by fire and extinguished in record time while at 1725hrs another Bush Fire at MRS Filling Station, Alapere Expressway, Lagos was reported and attended by Alausa Fire Station.
“Three other fire incidents were recorded at a building at Road 56, Victoria Garden City, Lekki, Lagos; Oju Emure Street, Odogunyan, Ikorodu and the Lord Chosen Church, Odofin Park Estate, Amuwo Odofin, all of which were attended to by the nearest fire stations at 2004hrs, 2019hrs and 2031hrs respectively”.
Adeseye stated that at 18:05, the control room received another fire call from Adekunle Banjo street, shangisha and was quickly attended by the same Alausa Fire Station.
“A bush fire along International Airport which made the fires call 10 was reported at 2000hrs and was attended by the Isolo Fire Station” she added.
As the fire incidents continue to increase, the fire boss warns the public to be more careful bearing in mind that the harmattan is here and there is every tendency that materials can easily spread fire at any slightest ignition”.