Russia places travel ban on 989 US, Canadian diplomats after… 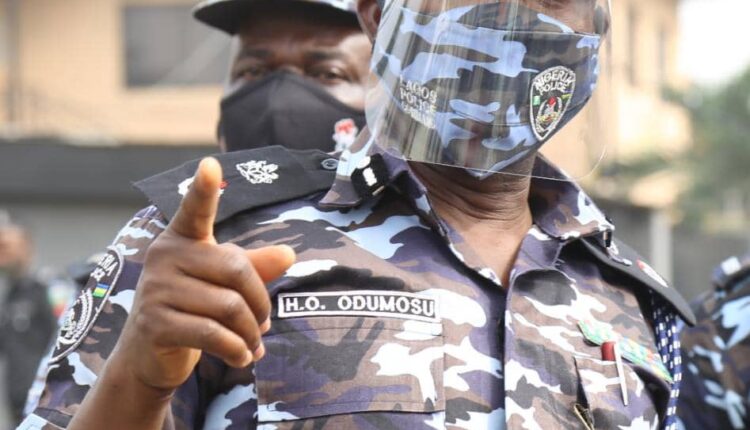 Odumosu, who disclosed that the directive was in compliance with the Inspector General of Police, Alkali Baba’s directives, added that aside from impounding vehicles found violating the directives,  the law enforcement officers should apprehend the vehicle owner and arraign him before the court in accordance with the law.

The directives came barely three weeks after the IGP announced the immediate suspension of tinted glass permits and issuance of SPY number plates, in other to prevent criminals that capitalized on the license to commit heinous crimes.

He gave the orders while addressing senior officers, DPO, and Heads of Departments at the POWA Hall, Oduduwa Ikeja-Lagos, on the general security of the state and the need to be proactive rather than being reactive to security issues across the state.

While arguing that the move was to reduce the level of crime across Lagos to the barest minimum, the commissioner explained that vehicles with existing tint permits and those with factory-fitted tints would not be impounded nor the owner apprehended.

According to him, vehicles with other forms of tints aside been fitted by their makers would be impounded and their owners would be apprehended as well as charged to court accordingly.

“Equally, the police boss ordered the officers in the command to enforce the orders on the use of siren and police SPY number plates as unauthorized individuals must be arrested and their vehicles impounded for prosecution”, he added.

Odumosu, in a statement by Police Public Relation Officer (PPRO), Olumuyiwa Adejobi, educated the law enforcement officers that approved police SPY number plates must be fixed and used on registered trucks as well as pickups, and not on private Sport Utility Vehicle (SUVs) and cars.

The Commissioner restated that anyone who violates this order and does not enjoy constitutional immunity would be arrested and prosecuted in accordance with the relevant laws.

Odumosu, however, appealed to the general public to be obedient and law-abiding as the command intends to exploit all constitutional means to curb crimes and criminality in the state.

The Commissioner, therefore, warned officers and men of the command to carry out their duties diligently and devoid of corruption as well as extortion as any professional misconducts would be meted with severe disciplinary sanction.