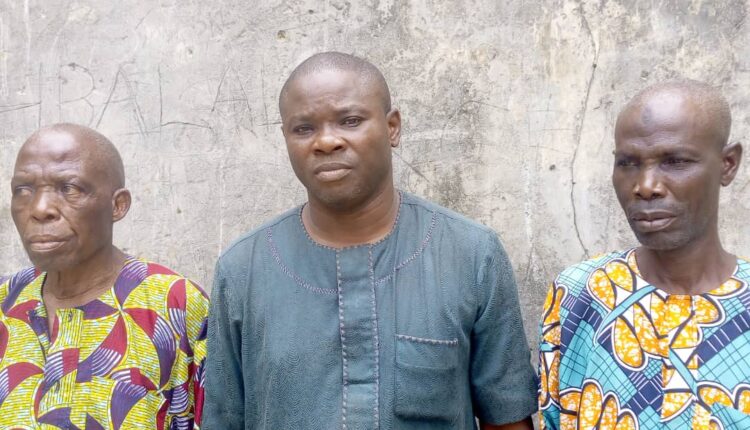 As gathered, the leaders were currently been questioned by the law enforcement agency for leading residents of the community to beat the burglar who was yet to cart away any property from the house he burgled.

It was learnt that the burglar had gained entrance into the room of one Adeyemi Opeyemi, at 2, Asalu Bus Stop, off Abaranje Road, Ikotun, Lagos in an attempt to cart away the property within the room.

Unknown to the deceased robber, Opeyemi was not asleep at that time and immediately after sighting the burglar, raised an alarm to attract other neighbours to the scene.

Realizing that the alarm has attracted more people to the scene, the burglar escaped into the street in order to avoid been caught, but the community members, who gave him a hot chase, held the robber and beat him to death.

After the action, the Lagos Police Command stormed the community and arrested the three leaders for being leaders of the mob that lynched the robber in Ikotun axis of Lagos.

Confirming the arrest, Lagos command spokesman, Olumuyiwa Adejobi, stressed that the suspects have some questions to answer pertaining to the killing of the suspect.

Adejobi, in a statement on Thursday, said that the robber was lynched by members of the community yesterday in spite of the cautions given not to perpetrate the act.

The statement reads: “The Commissioner of Police, Lagos State, CP Hakeem, has condemned the act of jungle justice meted on the suspect and vowed to kick against such in the state as it is becoming rampant, and such is inimical to our collective efforts to improve on the Criminal Justice System of Lagos State”.