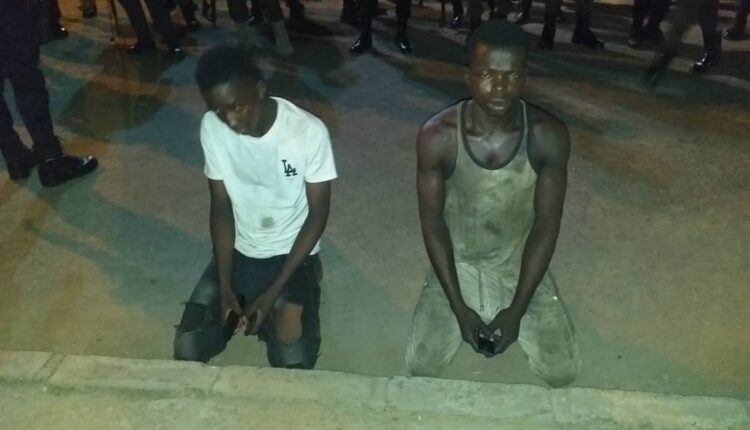 It said the suspect identified as Rasak Babatunde, a 22-year-old mechanic, and Idowu Wasiu, a 16-year-old tailor, were arrested at their hideout by operatives of the Rapid Response Squad (RRS) on Friday.

Confirming the arrest, the state’s Commissioner of Police, Hakeem Odumosu, said that the suspects were arrested during raids in Isokoko, Oke-Koto, Abattoir, Dopemu, Elere, Oniwaya, and Pen Cinema, all in Agege axis of the state.

Through a statement by the command’s spokesperson, Muyiwa Odejobi, Odumosu said that the operation was in line with the command’s commitment to minimize crime in Lagos State by raiding suspected hideouts and black spots.

Furthermore, he said the RRS team led by its Commander, CSP Yinka Egbeyemi, foiled traffic robbery on the same day after the team ran into suspected armed robbers around 11:00 p.m. at Otedola Bridge inward Ojota.

The commissioner added that upon sighting the RRS team, the robbers hurriedly abandoned their motorcycle, with Registration Number, NND 268 WZ, a toy gun, and some dangerous weapons.

While reiterating his commitment to rid Lagos State of criminals and hoodlums, Odumosu noted that the police has commenced an investigation of the suspects.

He, however, admonished members of the public to be sensitive to their environment and be alive to their civic responsibility towards maintenance of law and order and public safety of the state.