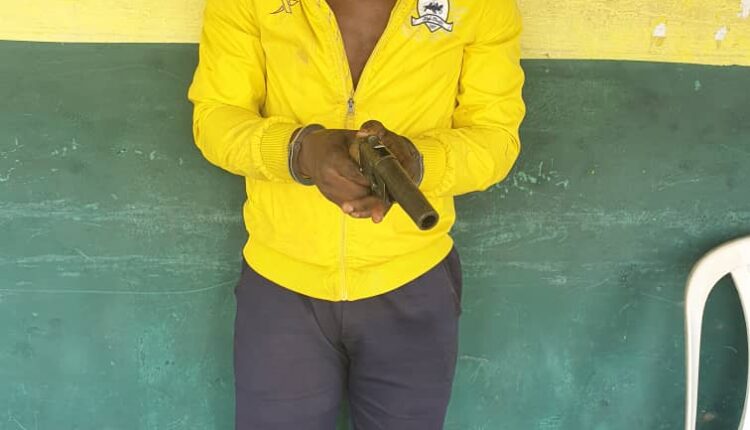 The Nigerian Police, Lagos Command has arrested a 23-year-old ex-convict, Taiwo Sunmonu, for allegedly dispossessing residents of their property in Oto-Awori Local Council Development Area (LCDA) in the state.

Sunmonu, who was set free after serving five years jail term last November, was arrested on Ajayi Street in Ijanikin axis of the council by the law enforcement officers attached to Ijaninkin Police Division, allegedly engaging in an armed robbery operation.

The suspect, a member of an armed robbery gang, was found with one locally-made pistol and live ammunition that was often used to threaten residents that refused to comply with their directives during operations.

As gathered, the suspect, who spent his five years at Kirikiri Correctional Centre, confessed to the act and other crimes already perpetrated within the council by the gang.

The Police spokesman, Olumuyiwa Adejobi, in a statement made available to The Guild on Sunday, explained that Sunmonu was apprehended yesterday at 11.30 pm by the law enforcement officers attached to the station.

Disclosing that the Commissioner of Police, Hakeem Odumosu, has directed that the suspects be transferred to the State Criminal Investigation Department (SCID), Panti, in Yaba for further investigation and prosecution, Adejobi said that the officers arrested Sunmonu while responding to a distress call from residents.

“The suspect was arrested by the police operatives attached to Ijaninkin Division, while responding to a distress call, as the suspect and his gang members were robbing unsuspecting Lagosians at Ajayi Street, Oto Awori, Ijannikin in Lagos State. But other members of the gang escaped. 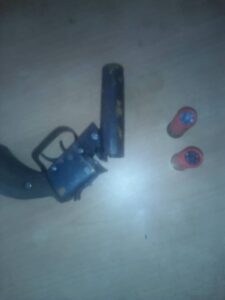 “The suspect has confessed to the crime and other crimes he had participated in. After the arrest, one locally-made pistol and live ammunition were recovered from him”, he added.

Adejobi explained that Odumosu, after the suspect’s arrest, restated his commitment to consistently decimate the activities of criminals and hoodlums in the state as all hands are on deck to have effective policing of Lagos State.