Lagos Police nabs 27 criminals, steps up search for others 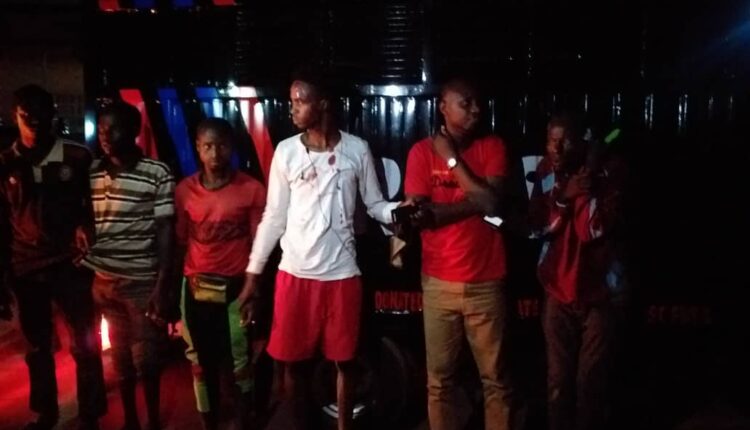 Share
Following reports of surge in crime rate across Lagos State, the Nigerian Police has arrested no fewer than 27 suspected criminals at different hideouts and has stepped up surveillance to ensure others across the state were arrested for prosecution.
The 27 suspects under detention included Olajide Kolawole, m, (26), Kehinde Ayoola (25), m, Dola Abdullahi (20), m, Michael Ogungbade (19), m, and 23 others, that were apprehended at separate blackspots especially within Ikeja, Agege and Alimosho areas of Lagos State.
It was learnt that the search has also
extended to Ile Zik, Dopemu Under Bridge, Shasha, Orisumbare, Iyana – Ipaja Underbridge, Ile – Epo, Abule Egba, Isokoko, Alfa Nla, Capitol Road, Akilo, Marketing, Alausa Central Business District among others.
Commissioner of Police, Hakeem Odumosu, said that the law enforcement agency would continuously take anti crime fight to the dens of criminals and miscreants in the state.
Odumosu, while disclosing that the suspects were arrested operatives of the Rapid Response Squad (RRS), noted that the command would continue to intensify efforts to reduce incidences of traffic robbery, cultism and other social vices within the state, to their barest minimum.
The commissioner, in a statement by the command spokesman, Olumuyiwa Adejobi, on Sunday, advised parents and guardians to monitor their children and wards on the company they keep as cultism and traffic robbery remain unpardonable crimes which will not be overlooked or spared as they attract stringent punishments in the law.