JUST IN: One dies, scores injure during Police, Yoruba… 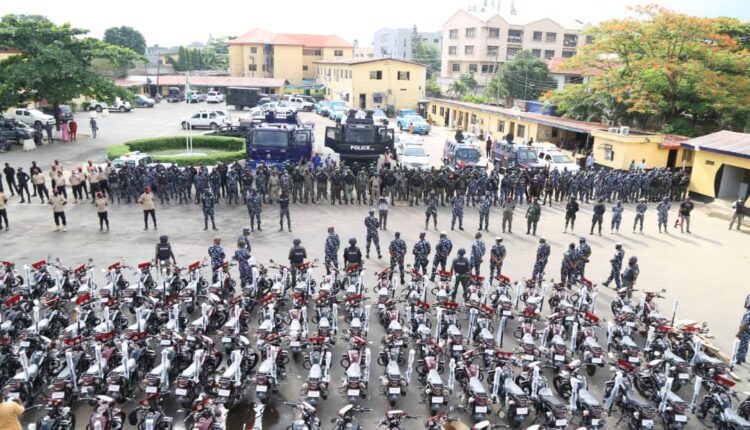 The Nigeria Police Force, Lagos State Command, has disclosed that police operatives and other security agencies across the state have joined forces against Yoruba Nation rally and that the security agents are in combat ready mode ahead of the really, saying any protests or unlawful assembly of group of people seeking to disrupt peace in the state would not be allow to hold.

It explained that intelligence at its disposal regarding the planned mega rally of Oodua Republic spearheaded by popular Yoruba activist, Sunday Adeyemo, known better as Sunday Igboho, informed its opposition to the demonstration and that the command would stop at nothing in protecting the peace being enjoyed by Lagosians across the state.

The command noted that while every Nigerians have their constitutional guaranteed rights to peacefully protest, the Yoruba Nation rally slated for Saturday 3rd July, 2021, (tomorrow) was possible of disrupting peace of the state and that the security agencies would not allow the breakdown of law and order in Lagos.

The Command’s Spokesperson, Ademuyiwa Odejobi, noted that in forstalling possible breakdown of law and other operatives of the command, alongside other security agencies have embarked on Show of Force around Lagos to confirm their preparedness and commitment to continuous protection of lives and properties.

Clarifying the command’s action through a statement on Friday, Odejobi noted that the show of force became imperative after the agitators vowed to continue with their planned demonstration despite warning signal to the organizers during the joint press breifing by the Commissioner of Police, Lagos State, CP Hakeem Odumosu and the state’s Commissioner for Information and Strategy, Gbenga Omotoso, yesterday.

He recalled that the command and the government had warned the organizers of the planned Oodua Republic Mega Rally, scheduled to hold at Gani Fawehinmi Freedom Park, Ojota, area of the state to steer clear of Lagos considering the available intelligence reports on the planned rally and to forestall any breakdown of law and order.

Confirming the operatives readiness to maintain peace and order in the state, Odejobi said, “the command and other security agencies, including the Nigerian Army, Nigerian Security and Civil Defense Corps, Federal Road Safety Corps and Department of State Services have however put measures in place to prevent any act of lawlessness, oppression and intimidation, of any kind, in the state on the said date, 3rd July, 2021 and beyond as Lagos State can not afford to record and experience the violence orchestrated by some individuals during the 2020 Endsars protest that led to massive destruction of lives and properties in the state.

“The command still reiterated its stance that anyone caught participating or facilitating the so-called mega rally in Lagos State will be dealt with within the ambits of the law.”