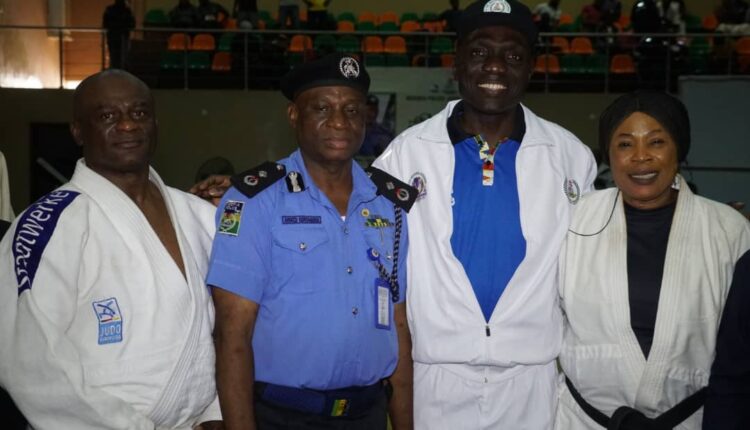 The Lagos State Commissioner of Police, Hakeem Odumosu, has recommended martial art skills, particularly Judo, a form of unarmed combat, for serving and retired police officers and other personnel of sister security agencies in line with their commitment to achieve perfect physical and mental strength to augment effective discharge of their constitutional duty of protecting lives and property of Nigerians.

Aside from training their body and mind with Judo, the police boss said that the modern Japanese martial would also be effective in the human formation such that would influence their intellect positively and aid their emergency response role while carrying out their primary assignment in tackling issues of insecurity in Nigeria.

While educating officers on benefits of Judo during the Ist IGP Judo Veteran Championship in Lagos on Thursday, Odumosu said it had become imperative for officers, particularly veterans to engage in sporting activities which could cater for development of physical and mental health. 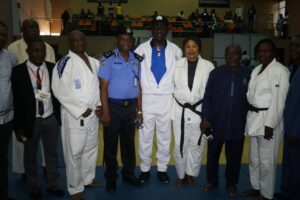 Odumosu who represented by Deputy Commissioner of Police in charge of Operations, Ahmed Mogaji emphasized that the importance of the competition was to bring the Veterans together, enable officers in active service and youths to learn lessons from their skills and expertise.

Speaking to The Guild correspondent on sideline of the event, he further said that the programme which is the maiden edition would serve as a reference point for other security agencies across the country and outside to replicate, what the Police has done, adding that it would span across several sports aside from Judo.

“The importance of this competition is to bring the Veterans together and also for the youths to learn lessons from what they have to show them. it’s a very interesting competition, the veterans have played. It was a really good one and it will actually spur interest of people in the game.” he said. 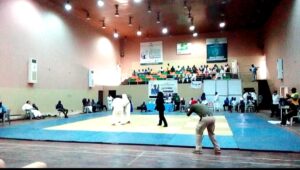 “The essence is for other security agencies and interested persons to also emulate from what have been done. There is no game that the police doesn’t play. as far as sporting is concerned, this competition will cover all sporting activities that you can think of aside from Judo.” he added.

In the same vein, Lagos Deputy Commissioner of Police and the Force Director of sports, Patrick Atayero expressed his joy for the organization of the competition, adding that it would motivate the youths to aspire to be where these veterans have gotten to in their careers.

“It is a very good movement, where you bring together people who have been very active before and they are now veterans. when you gather them together to showcase their skills, it’s very interesting that they still able to do what we have seen them do. this is to motivate the younger ones so that they too can aspire to where these ones are.” he said. 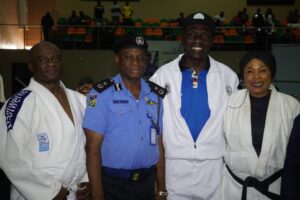 Also speaking, the commander of the Intelligence Response Unit (IRT), Olatunji Disu who participated as a veteran and patron of the championship explained that the most important part of the competition was that it created an avenue for Judo veterans to meet old friends and showcase their skills again.

“I feel happy being somebody who have been in Judo for a very long time. I have also been in top competitions for a very long time and to come back and still be able to compete. the most important thing is to come here as a veteran and to meet with people you have known for many years. The fight that i won is secondary. the most important is meeting old friends and playing Judo with them.” he said.

Disu noted that other countries have shown interest in the programme as about two or three countries were participating in the competition. He added that the countries include Republic of Benin, Ghana and United States of America, saying Gabon has also shown interest to join the train.

He further disclosed that a lot of African countries have shown their willingness to be part of the competition next year, adding that in the next five years, security agents across the world will be coming to Nigeria to participate in the Judo competition. .