Lagos police arrests Okorocha, one other for robbery 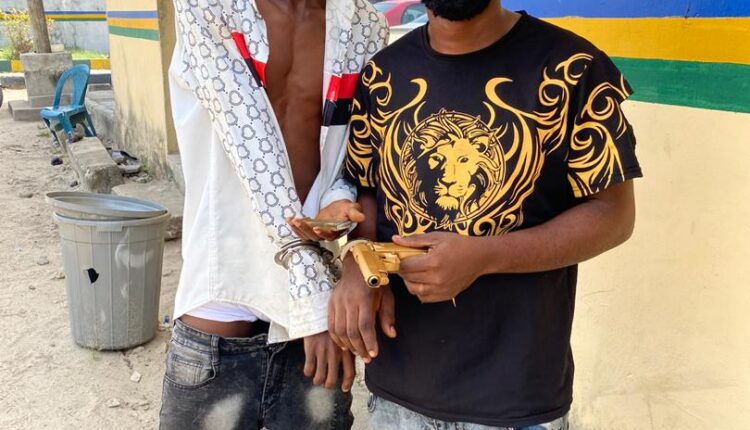 As gathered, the two suspected armed robbers were nabbed by the personnel of the law enforcement agency attached to Ilasan Division of the Command at Jakande end of along Lekki-Epe Expressway in Eti-Osa Local Government.

Okorocha and Adigun, who were said to be member of a three-man robbery gang, after their arrest, were reported to have been in possession of one Beretta pistol and ammunition.

After their arrest, the Commissioner of Police, Hakeem Odumosu, ordered that the suspects be taken to the State Criminal Investigation Department, Panti, Yaba for discreet Investigation.

Odumosu equally directed the Area Command, Area J, Ajah, to step up Anti Crime Strategies, including raids of black spots and surveillance, to combat crimes and criminality in the entire area. 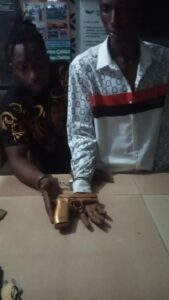 These were disclosed in a statement released by the Command’s Public Relation Officer (PPRO), Olumuyiwa Adejobi, on Sunday to The Guild.

The statement reads: “The Anti Crime Patrol team attached to Ilasan Division of the Command, intercepted three (3) men on a motorcycle and arrested two (2) suspected armed robbers while one escaped with their operational motorcycle, on Saturday 20th March, 2021 at about 9.30pm, along Lekki-Epe Expressway by Jakande.

“The suspects are OKOROCHA COVENANT, m, 28 and ADIGUN JEREMIAH, m, 27, both of Badagry Area of Lagos State. One Beretta pistol with ammunition was recovered from them”.